Man jailed for 90 days for having €10 worth of cannabis 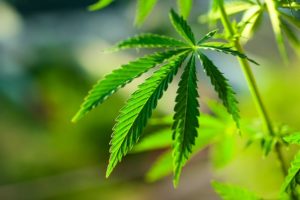 A MAN was given three months in prison for just €10 worth of cannabis last week (23 June), but will serve no extra time as he is currently serving an 18-month sentence, and the judge ruled the additional time to run concurrently with that.

“Your client is looking good, he’s putting on weight in prison,” noted Judge Desmond Zaidan of Larry Kinsella (48) of Carbury Park, Athy when the case was called at Athy District Court, sitting in Naas because of Covid 19 restrictions..

“He’s drug-free at the moment, and the light at the end of his tunnel is he is to be re-united with his children,” said barrister Aisling Murphy when asking the judge for leniency.

Mr Kinsella initially faced the more serious charge of Section 3 assault causing harm on Leinster Street in the town on 6 September, 2018, but had that struck out when the alleged victim withdrew his complaint.

“The victim is an elderly man, he doesn’t want to appear in court,” said Ms Murphy.

“He’s 52 years old! Where does that leave me?” said the judge in mock horror after reading the man’s age on his own papers.

“Ms McManus, please instruct your counsel to withdraw those comments!” smiled the judge.

Sergeant Brian Jacob then formally sought for the charge to be struck out, which the judge granted, but not before noting – on a slightly more serious note – “most victims have issues with fear”.

He then outlined the second charge where Mr Kinsella was pleading guilty to the simple possession charge following a raid at an address in Greenhills, Athy on 12 April, 2017, and that he had 42 previous convictions.

“The court is aware of his background,” said the judge, before settling on the concurrent sentence.