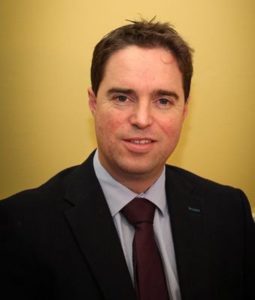 Kildare South TD Martin Heydon has been appointed as a Junior Minister at the Department of Agriculture Food and Marine.

Deputy Heydon, who is chairman of the Fine Gael Parliamentary Party since 2016 was first elected to the Dáil in 2011. He served as a member of Kildare County council since 2009.

He topped the poll in the 2016 election.

Other roles he has had included chair of fine Gael’s Internal Committee on Agriculture and rural Affairs from 2011 to 2016 and he was a member of the Special Oireachtas Committee on Climate Action in 2018.

He is the first Gine Gael Minister in Co Kildare in 23 years.