Three accused of stealing from cars in Kill and Kilcullen churchyards 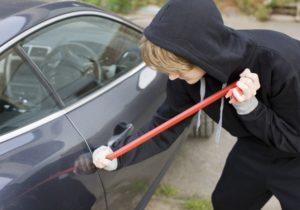 THREE family members accused of churchyard thefts in a number of Kildare villages were released on bail by the High Court last week after spending the previous week in remand in Cloverhill.

Because only one of the three – two brothers, and a cousin – was over 18, reporting restrictions were applied so as the minors could not be identified.

The three had originally been charged in Naas District Court on 17 June when bail was refused on the grounds that gardaí feared for repeat offences if the trio were released.

The family gang is alleged to have committed theft from two unlocked parked cars at church yards in Kill and Kilcullen on 6 June within half an hour of each other.

Garda Lorna Flynn alleged that the three were seen on CCTV in a silver coloured BMW car which showed the car in both locations.

This car was  later stopped in Rathfarnham and the details and descriptions of the three were alleged to have corresponded with the CCTV footage.

The case has now been adjourned until 2 July for directions from the Director of Public Prosecutions.