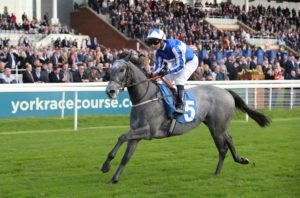 Art Power was an odds on favourite after winning a five furlong handicap at Ascot and he stepped up in class and distance to land the six furlong race. He was neck and neck with the second favourite, the Jessica Harrington trained filly Millisle, heading into into the final furlong but stayed on that little bit better and pulled away to win by two and a half lengths under jockey Colin Keane. Zarznyi was a big priced third place for local trainer Michael Halford and Monasterevan jockey Ronan Whelan.

The win for Keane was the second part of a double on the day after he had earlier won the Irish Stallion Farms EBF Naas Oaks Trial on the favourite Even So for trainer Ger Lyons.