ON this weekend in 2016, Kildare’s under 14s became the first ladies team to bring an underage All-Ireland title back to the county when they beat Kerry by 3-10 to 2-9 in Nenagh. 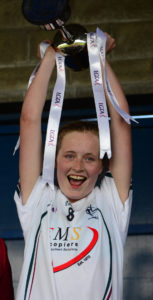 It was a game that needed skill and no little determination from Terry Boyle’s side because they were up against a very strong Kerry team. Things didn’t get off to a good start for Kildare and playing into a strong wind they found themselves 1-4 to 0-1 behind early on but 1-1 from Kilcullen wing forward Ruth Birchall brought Kildare into the game by the midway point of the first half. 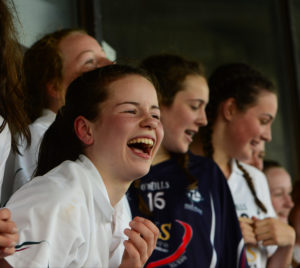 Orlaith Sullivan scored a second goal for Kildare and by the half time break they had turned the scoreline around to lead 2-5 to 1-5.

Kildare made a flying start to the second half with a point from Gillian Wheeler after just 13 seconds and Wheeler then turned provider to set up Katie O’Loughlin for a goal with barely two minutes played in the second half. 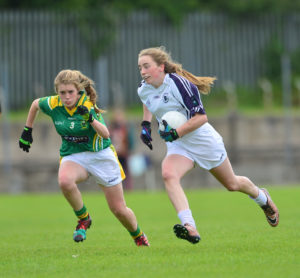 Birchall and Rattigan added points to put Kildare 3-8 to 1-5 ahead and seemingly well in control but Kerry battled hard and Kildare under pressure in the last 20 minutes.

A Siofra O’Shea goal gave Kerry a lifeline but there were some heroic defending in the Kildare backline to keep Kerry at bay as they began to build some momentum. Mia Doherty was named player of them match for her performance but she wasn’t on her own and Mia Supple, Laoise Lenehan and Deirdre Doyle all made importance blocks or tackles while goalkeeper Eleanor Traynor made a superb save to deny Ava O’Sullivan a goal.

Kildare finished the game with 14 players following a yellow card shown to Rattigan but team finished out the game and a Sally Murphy point completed a famous win. 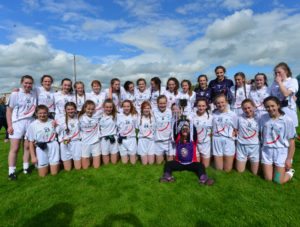 Kildare celebrate victory with Jennifer Malone, after defeating Kerry in the All Ireland ladies under 14A final in Nenagh.
Photo: Adrian Melia 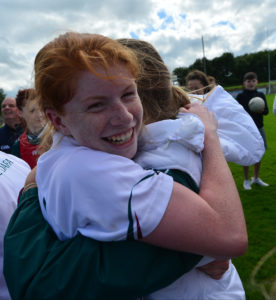 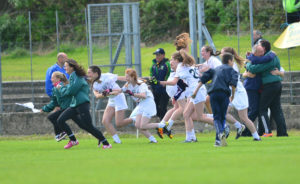 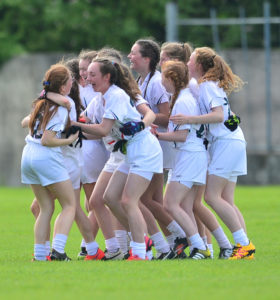