The long barren run was broken in style by Bryan Murphy’s team and kickstarted a golden era of underage success in the county. After 22 years without a Leinster Minor title, the 2013 win was the first of four in seven years.

Kildare led by 0-8 to 0-3 at half time and pulled away in the third quarter of the game. Paul Mescal, now a huge television star, set up captain Mark Sherry for the first goal of the game in the 38th minute and seven minutes later Sherry’s Two Mile House clubmate Chris Healy scored the second. 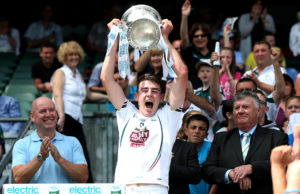 Westmeath pulled two late goals back but there was never any danger of Kildare letting their lead slip. 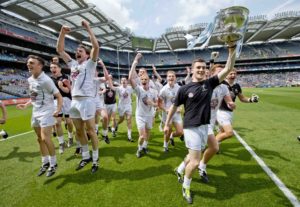 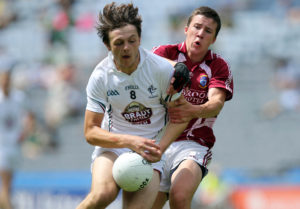 We (along with Luke Flynn) won a good bit of ball from the kicks out. I think in the first half we won 21 of 26 kick outs but a lot of that goes down to Sean Dempsey’s kick outs as well, you only have to run three or four yards and the ball lands in your hands, a lot of credit has to go to the goalkeeper.

There were butterflies in the stomach coming in the gates alright, this is what you have dreamed of since you were five or six years old. For it to happen, it’s a dream come true.

It’s really hard to believe and it’s all only starting to sink in now.

Once I got the first ball over the bar I got a bit of confidence then, and luckily enough the other shots went over the bar. It kept going from there, the team just kept going and going.

This is the best Leinster I’ve won, it’s with all the boys, it’s with the county. It’s the first minor title in 22 years, it’s brilliant for the whole county and hopefully it lifts everybody else now.

Coming up here there were people saying that Westmeath were no good and that Kildare would fly through this game but we knew that was nonsense. We knew Westmeath were going to put it up to us, I know the scoreline is big, but I think our heart and soul carried us through.

We work well in the half back line, Ryan Houlihan tries to attack as much as possible and Mescal stays back and sweeps everything, it’s beautiful so it is. 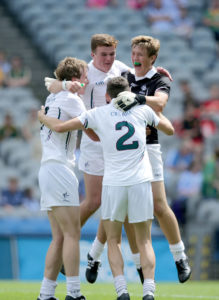 There were five of us (from Round Towers) on the panel and six with Brian Lacey. To have three of us on the pitch at the final whistle, it’s just a great experience. I’ve been in playschool with Mark (Byrne) right the way up and I’ve known Jamie and the other two lads for years as well. It’s a pleasure being on a team that works so hard and it all came off on the day.

To be honest, the nerves did set in last night but the worst thing is that the nerves drain your energy. The best thing to do is take your mind off it and get down to the task in hand. Once the ball is thrown in it’s a different game altogether, it’s the same as any other pitch. I thought we were unlucky at times, that goal at the end had two deflections I think, other than that we’ve been solid in every single game, it’s a real pack mentality, we work together.

Bryan (Murphy) is an inspiration. He lost his mother last year, his father this year. He just gives everything to it and he has such time for his players. I’ve never met a manager that has been as good as him. He really cares about the whole thing. At half time, he started welling up, you could see the emotion in him, he’s a fantastic manager.

Brian (Lacey) seems to get us peaking every time for a big match. He was telling me there last week that he was going through six hours of video one of the days, he put his life on hold for this and it paid off today, it’s great for him and Bryan Murphy and all the back room team. 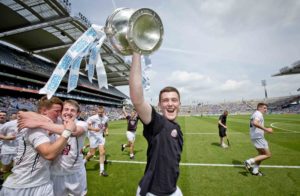 It’s madness when the final whistle blows, you’re just looking for team mates, the euphoria of it all, it’s just a massive experience. Everybody is very tired back in the dressing room after the game, the smiles are on everybody’s faces there though, you’ve gone out and done the county proud. 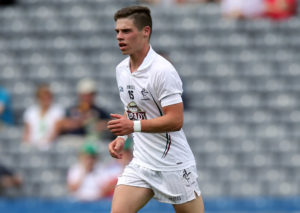 (Mark) Sherry knocked the ball down to me and I was just able to put it in the back of the net. It’s good for Two Mile House with the two of us scoring goals, we’re just a small club but we had other lads there too, Adam Burke and Richard Dromgoole, they are pushing us for the All-Ireland.

It was good to score into the Hill 16 end, there were a few Dubs roaring at me so it was nice to get a goal there.

It’s unbelievable to win a big game here and to get man of the match is something else, I’m over the moon.

Murf (Bryan Murphy) has me playing this role where I run like a mad hyena. It helps the team, I do for the team so I don’t mind it.