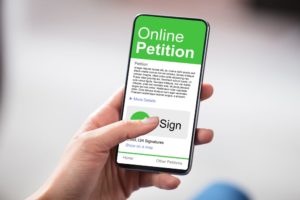 A PETITION to reinstate a bus service for Monasterevin, directed at the government and the National Transport Authority (NTA), has already garnered over 340 signatures.

Started on my.uplift.ie by Paul Hutchinson, the petition explains that Monasterevin hasn’t had a regular bus service since Dublin Coach suspended services in March due to Covid-19.

It says that Monasterevin has yet again become the forgotten town of Kildare with people unable to get to work, hospital appointments or visit friends and family, and calls for action from the government and the NTA and for a bus service to be returned to the town.

“We were served by the green bus once an hour, 24 hours a day, which provided a link into Kildare town and further afield, Naas and into Dublin. That ended on the 16 of March and basically it’s left a lot of people high and dry,” Paul told the Kildare Nationalist.

To sign the petition, search for ‘Public Transport Monasterevin’ on my.uplift.ie.

Full story in Kildare Nationalist in your shops next Tuesday