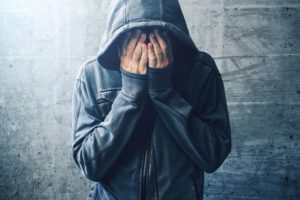 “That’s as lenient as I can be,” said Judge Desmond Zaidan to Uyi Orobor (19), Duke Street, Athy in Naas, which was hosting the Athy sittings for the last time this pandemic.

Mr Orobor appeared in court from garda custody where he had been kept since Sunday (26 July) following an alleged assault on a woman but was jailed for a separate incident of criminal damage.

Sergeant Brian Jacob outlined the details on both charges and started with the most recent.

He explained how a number of women were celebrating a birthday at an address at Coney Green in Athy at the weekend when three males – including the defendant – arrived.

“Judge, it is alleged Mr Orobor became aggressive in the alleyway and punched one of the women, pushed her to the ground and kicked her on the ground,” said the sergeant.

“What was the nature of the relationship?” inquired the judge.

“None, he was a gatecrasher,” said Sgt Jacob.

“The last time I saw this man he had plans to go to the UK with his family,” said the judge sadly, as he adjourned this charge for a week to 4 August to await direction from the DPP on the severity of the allegation.

Solicitor Jackie McManus then told the court that her client was pleading guilty to the outstanding charge of criminal damage, committed on 3 December in Kildare town.

The sergeant explained how Mr Orobor had been drinking in a pub in the town but had been asked to leave.

“Judge, he came back and put a rock through the window. There were no injuries, thankfully,” said the sergeant.

“I will accept jurisdiction in this because of his guilty plea,” said the judge.

The sergeant revealed how the defendant had four previous convictions for assault, criminal damage and public disorder, and was given nine months in detention on one of the assault charges in Portlaoise District Court when he was a minor.

Aware of the defendant’s circumstances, the judge asked him when he started taking drugs, and the teenager told him when he was 13 years old.

“Drugs are a curse,” said the judge.

“I’ll never forget your dad [at a previous appearance]. He made a really positive impression on me,” commented Judge Zaidan.

“Have you tried to get off them? I mean, your family has moved to the UK, mainly because of you,” said the judge.

“This was pure vandalism,” he added.

Indicating that her client would seek the help he needed whilst incarcerated, Ms McManus said: “My client wants to be sentenced today and sent to jail”, and Judge Zaidan obliged.