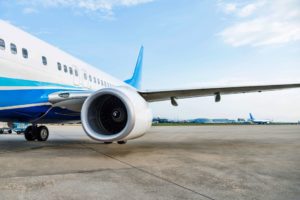 High numbers of incoming air travellers from ‘red’ countries pose huge risks to our Covid19 recovery efforts, says Social Democrats co -leader Catherine Murphy.
Figures for passenger numbers coming into Dublin, Cork and Shannon airports by country of origin released to Deputy Murphy  show the scale of the problem which the Government has ignored for too long.

“The numbers of people coming in from countries that are not on green lists in just three recent weeks illustrates very starkly the huge risks people and businesses in Ireland face as we try to get on top of Covid19 and reopen our economy and our schools.

“A total of 3,203 people have flown into Dublin airport from the US, 9,377 from Spain and 3,712 from Portugal in just three weeks to July 19th. A further 959 people flew into Cork and 576 into Shannon airports from Spain in that period.

“The Government has failed to get a grip on the huge risk this inward travel poses to people in Ireland. There is still no Covid-19 testing at the airport, still little information for incoming passengers and still massive confusion as to what exact level of isolation is required of people entering the country from countries with very high levels of Covid19. We have also seen that there is risible follow up with incoming passengers.

“It is dangerous and irresponsible of the Government to continue to allow people to come into Ireland from countries where the level of Covid19 is so high without comprehensive precautions. It is long past time to develop a ‘red’ list of countries where inward travel to Ireland is not allowed, except for stated exemptions.”