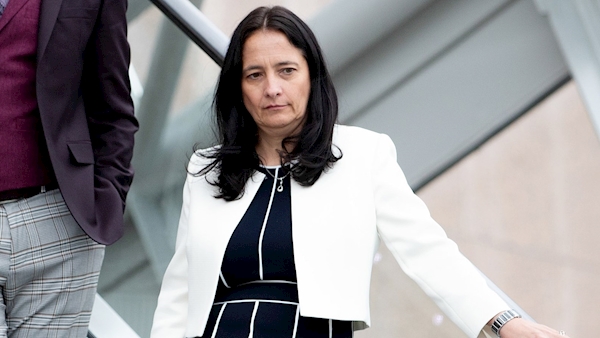 Green Party deputy leader Catherine Martin has said she is standing by a member of the Night-Time Economy Taskforce after it was revealed he has a conviction for drug dealing.

Sunil Sharpe was a minor when he received a suspended sentence for the drugs offence 24 years ago.

He has since become one of the country’s most respected techno DJs and was appointed by Minister Martin to the taskforce as an advisor on night-time culture and economy.

I think we need to look at the spent convictions legislation that we have, so that people who have turned their lives around, who are not offending again, don’t carry that with them forever

Green Party TD Patrick Costello says people who have served their sentence should be allowed to move on: “If it had happened a few years later there would be no story because the Children’s Act 2001 would prevent the name being reported, which is a really positive move.

“But I think we need to look at the spent convictions legislation that we have, so that people who have turned their lives around, who are not offending again, don’t carry that with them forever.

“We welcome them back in to society and we let them get on with their life and rebuilding their life.”

Mr Sharpe responded to the reveal of his past conviction in a statement posted on Twitter, saying: “I was what many would refer to as a ‘troubled youth’. I made a lot of wrong decisions but ultimately I learnt from them.

“My life immediately changed, I stayed drug free, and I spent an extended time within the probation service during my rehabilitation. My entire adulthood has been spent drug free.”

“I never forget the mistakes I made, but my character is not defined by them. It is, I hope, defined by the changes I made to my life since then.”

The establishment of the Night-Time Economy Taskforce was announced Thursday by Minister for Arts and Culture Martin. It will see a range of Government departments and external groups working together to promote a “vibrant and sustainable” night-time culture and economy.

Speaking at its launch, Minister Martin had said she was particularly pleased that Mr Sharpe of Give Us The Night had agreed to participate, though it has been reported that at the time she was not aware of his past conviction.

Give Us The Night describes itself as “an independent volunteer group of professionals within the music industry” who are “campaigning for positive changes to nightlife in Ireland.”