THE Tom Cross Transport JFC continues apace this weekend with all but two teams, Ballykelly and Kill, having completed two rounds of fixtures.

In Group A both Caragh and Cappagh are the pace-setters with maximum points from their two games, and they should continue in that vein with expected victories over Ardclough and Athgarvan respectively. Rathcoffey could leap into third place in the group with victory over Rheban. 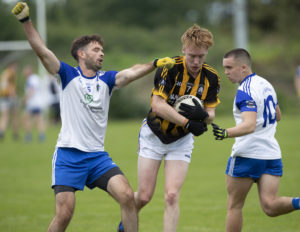 In Group B Robertstown are the early pace-setters but they will need to be at their best to overcome a Ballykelly side that had a good win in their first outing last Tuesday night.

Castlemitchell are idle this weekend so either Kill or Grangenolvin have a chance to join them on two points when they meet in Hawkfield on Sunday.