Council to get €1.67million to refurbish empty houses 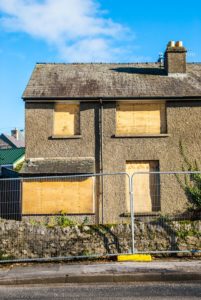 A total of €1,673,500 has been allocated to Kildare Co Council for the refurbishment of 97 housing units in the county.

The funding is part of the 2020 Voids Stimulus Programme announced by Minister for Housing, Local Government and Heritage, Darragh O’Brien this morning which will see up to 2,500 social housing units across the country refurbished and re-let to individuals and families, struggling with homelessness or on the social housing list.

Commenting Minister O’Brien said, “I am very glad to see such an uptake in the scheme and at such a swift pace. The Department is now in a position to approve applications and local authorities such as Kildare Co Council can get to work in bringing vacant social housing units back into use.

“I have made it very clear that I want to see works carried out and all units allocated by the end of this year and local authorities will be providing status updates to the department.

“We know that COVID-19 has had an impact on housing delivery targets this year so the refurbishment and re-letting of voids is vitally important. I would urge Kildare Co  Council to refurbish and re-let their units as soon as possible,” he concluded.