Very sad news is being reported this evening of the death of Champion Jockey, Pat Smullen, following a battle with cancer since 2018. 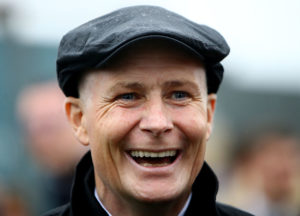 In an outstanding racing career, in which he was stable jockey to Dermot Weld since the late 90’s, Pat Smullen won the Irish Derby on two occasions, the Irish St Ledger four times and the Irish Oaks once. He also added an Epsom Derby and the Ascot Gold Cup to his impressive tally of major victories.

Pat was married to Frances Crowley, a successful trainer in her own right, and they have three children, Sarah, Hannah and Paddy.

Smullen was involved in the Annual Hurling for Cancer event, which was the brainchild of Jim Bolger, when last it was held at its usual venue in St Conleth’s Park, Newbridge in August of last year.

May he Rest in Peace.

Owners to return to Irish racecourses from Monday