Woman ‘scarlett ‘at being caught driving while disqualified 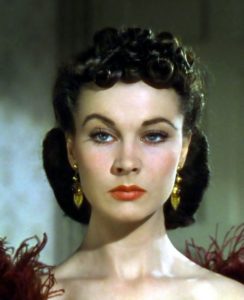 Scarlett O’Hara in Gone With the Wind

A WOMAN who changed her name by deed poll to because she loved Scarlett O’Hara in the film   Gone With the Wind was banned from driving for six years at Athy District Court, sitting in Naas last Tuesday 8 September.

Her honestly probably saved her from a jail sentence, although it could not save her from a six-year driving ban

The defendant’s original surname was Stokes but she changed her name by deed poll because she loved Scarlett O’Hara from Gone With the Wind,  Sergeant Brian Jacob informed the court, explaining why she had been named differently on earlier documents.

She had been stopped at a garda checkpoint at Temple Mill in Rathangan on 9 June where it was discovered not only was she was uninsured but was had a three-year ban from a previous disqualification issued in May 2019.

“Judge, she was the one told us about her disqualifications [under her previous name],” smiled the sergeant.

“There is a high probability of a custodial sentence if you’re caught while disqualified,” warned the judge, but he chose to acknowledge the defendant’s candour, and left the censure as just a six-year ban with no fine.

However, she will still have to answer a pair of outstanding summonses from Kildare Co Council for non-display and non-provision of a tax disc on the same day, which were block adjourned with 67 others to Athy District Court on 24 November.