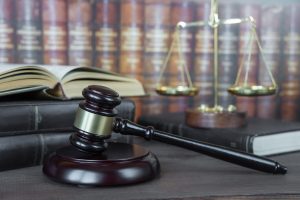 A WOMAN who pleaded guilty to the assault of a teenage girl in a dispute over a boy involving her daughter and the injured party, was given a chance in the district court last week 8 September.

Judge Desmond Zaidan ordered a Probation Report and restorative justice in the case. “I’m going to give it a go” he said, just six months after he had initially refused jurisdiction and was ready to send the defendant for trial at the Circuit Court.

At that initial appearance in March, due to the likelihood of the teenage victim being identified, Judge Zaidan ordered reporting restrictions on the name and address of the defendant.

Sergeant Brian Jacob outlined the allegation for the court, to whit, that on 13 January the defendant assaulted a child at a named location in Athy.

“The injured party was grabbed by the hair, thrown into the railings, punched in the face, and had an earring pulled out, causing her ear to bleed,” the sergeant told the court in March.

Last week he told the court there wouldn’t be a victim impact statement as the victim “was happy for the gardaí to speak on her behalf”.

Garda Gloria Dooley told the court that because the assault was in front of everyone, it was fairly embarrassing.

She believed the defendant felt her daughter was intimidated by the other girl.

“Thankfully, for once, they’re not blaming it on the fellow,” said the judge.

“I guess he’s long gone into the sunset?” he offered.

Garda Dooley then explained the curiosity of this particular triangle, in that the victim was a Leaving Cert students, the boy was in 3rd year, and the defendant’s daughter was a first year.

In her defence, Mr Michael Lanigan told the court his client had gone to the garda station to make an immediate statement, and Garda Dooley confirmed she did this, even before the injured party came to do so.

“The good news is there’s been no repetition,” said Mr Lanigan.

“Can we say thanks to the pandemic? The right time for passions to cool,” said the judge.

“Seldom do you get a person who goes so swiftly to the gardaí and makes a statement before the injured party,” noted Mr Lanigan.

He accepted that such behaviour was “very inappropriate,” but that there would be “no repetition”.

“My client accepts fully she dealt with this in an incorrect way,” he said.

“What do you suggest I do? It has caused some embarrassment, but the kids have probably long forgotten this,” said the judge.

(The case was able to stay in the lower court after the defendant pleaded guilty to the lesser S2 assault charge at a date in May, after being initially charged with the more serious S3 assault causing harm.)