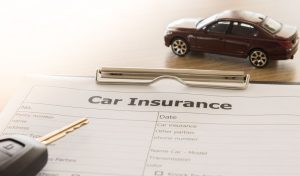 A MAN caught driving without insurance three times in consecutive months whilst already disqualified, was jailed for a total of 12 months and banned from driving for six years at Naas District Court last week 12 September.

On the last occasion he even admitted to Garda Gloria Dooley that he had lost his licence , and even though he was also charged with the non-production of his documents, Judge Desmond Zaidan said he just wanted to focus on the three ‘no insurance’ charges.

Defending barrister Sarah Connolly told the court her client was a chef who had his own restaurant, but that prior to this behaviour, he lost the restaurant and a relationship.

He spiralled out of control, judge, he was drinking heavily and taking illegal substances,“ she explained.

“He instructs me that the reason for driving was for work, to keep the wolf from the door. He found himself between a rock and a hard place, but that’s not an excuse,” said Ms Connolly.

“Thankfully he’s in a better place now, he’s in a relationship and trying to make it better for himself,” she added.

“He understands there is an inevitability to the court today, and he doesn’t want to delay matters any further,” said Mc Connolly.

“I’m simply asking the court to take into account the state of his mind at the time,” she said.

”We’d be seeking the absolute minimum custodial sentence if that is the court’s mind,” she said.

He then sentenced Mr Flynn to four months in prison on each of the three charges, to run consecutively, and also disqualified him from driving for six years on each count, but ordered these be concurrent.