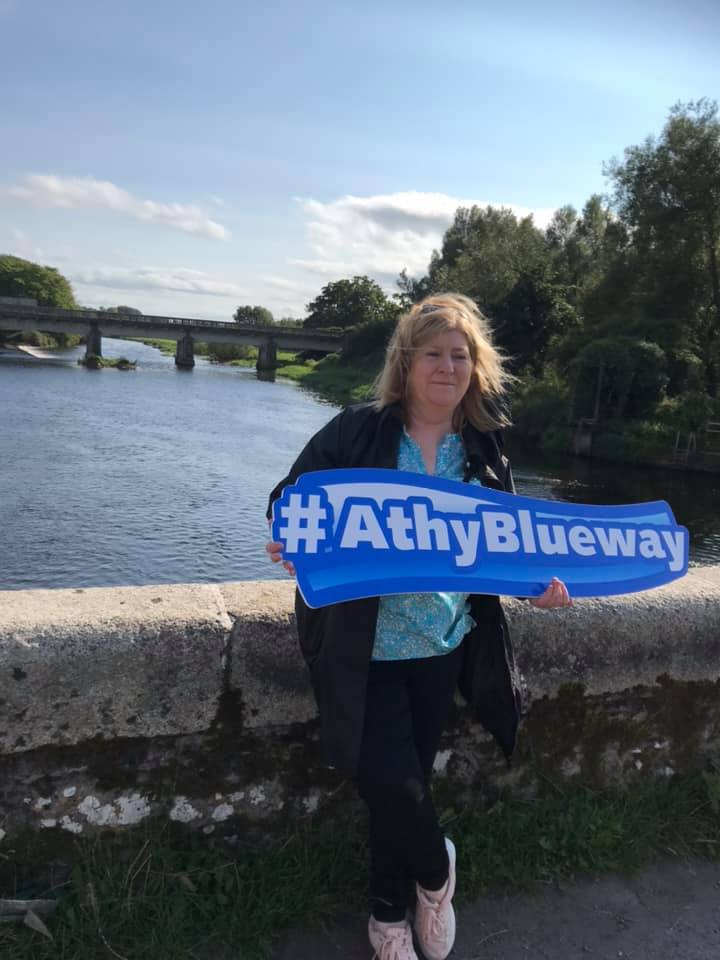 Councillors in Athy have been told that works to the Barrow Blueway trail are progressing well through two Waterways Ireland direct labour crews.

Crew #1 started at Ballyteige South and have approximately 1.5km complete, while crew #2 began just past Milltown Bridge and have a similar distance complete.

“Once the two crews meet in the middle at approximately 5.5km total, WI will complete the 5.5km length with quarry dust. Waterways Ireland will continue to work on the trailway until November this year and will recommence in February 2021,” the response to a motion by Cllr Brian Dooley noted. “Some of the issues we have encountered on the trailway are in relation to existing entrances and the right to access – including the right to move livestock. [The] WI legal team are addressing these issues. Other issues are in relation to poor ground conditions, where there is a necessity to excavate further and stabilise with additional stone.”

The Strategic Project and Public Realm (SPPR) team procured the services of an ecological clerk of works for independent oversight of all works to the Barrow Blueway as required by the planning permission and are working well with Waterways Ireland to ensure all works are carried out in compliance with environmental conditions and current legislation.

The team is currently running a tender on eTenders for the detailed design and procurement of a works contractor for all road crossings and junction improvements, including all associated signage. This was due to close on 16 September but a three-week extension was requested, moving the closing date for tender return to 7 October 2020. It’s envisaged that this work will go to site in spring 2021.

The team is also working on a tender for bridge design and procurement of a works contractor and hopes to be able to upload to eTenders by the end of September.

And it proposes to update the Kildare Co Council website on a biweekly basis, providing an update to the public as to how the works are progressing.

The project has generated considerable excitement in the area. Cllr Dooley said that it will be a “fantastic facility” and said he’s “delighted to see progress”.

Those comments were echoed by Cllr Ivan Keatley who remarked that it’s “great to see such progress being made”.

Meanwhile, Athy MD cathaoirleach Aoife Breslin asked in a separate motion if, given the development of the Blueway, Kildare Co Council in conjunction with all relevant agencies can investigate the possibility of upgrading and recommissioning the dry dock in Athy.

A response noted that the council can do so, “but it would be subject to a separate funding stream, and as such this funding will need to be identified”.

Cllr Breslin said that “it’s a huge opportunity” and noted that “we have an opportunity to create employment”.