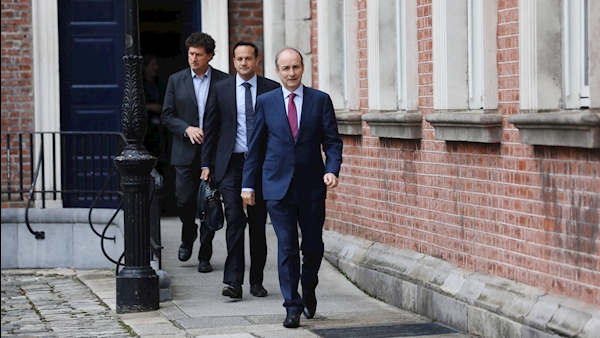 Taoiseach Micheál Martin has hit back at criticism of the Government for approving 10 new special advisors for junior ministers.

While the original plan would have seen all 17 junior ministers with their own advisors, the Government reduced this number.

Senior Ministers have now approved the finances for 10 of their junior counterparts to have advisors. It comes as in the last Dáil, the payscale for those advising Ministers of State started at around €67,000 a year.

Taoiseach Micheál Martin has rejected criticism from Sinn Féin leader Mary Lou McDonald about the number of advisors hired by his Government.

Following the exchange, Ms McDonald tweeted that there are 14 advisors “for the entire government in the North” in response to Mr Martin’s comments.

According to The Irish Times, a number of Ministers of State “made the case” for the appointments, which have been defended by Minister for Justice Helen McEntee.

“There are ministers that are making decisions that impact on thousands if not hundreds of thousands of people’s lives. It was decided that these appointments will be made a number of weeks ago,” she said.

In August, it was confirmed that the existing system of pooled advisers opted by previous Government’s would be maintained, despite claims by some junior minister that they had been promised their own.