Newbridge Town have announced Jack Darcy and Alan Ryan as their new first team management ahead of the new season. 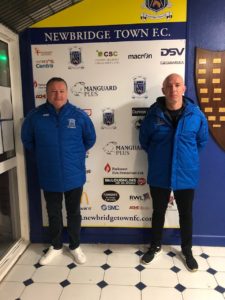 The duo will replace Jamie Quinn who resigned from his post after the club was relegated from the Leinster Senior League Premier Division a couple of weeks ago.

Ed Clancy, Keith Burns and Des Blamer will also be on hand to help out the new management team when the new season comes around in the next while.

After relegation the main aim for the club will be to get back to the Premier Division and it will be interesting to see how they get on over the next few weeks.