Johnstownbridge clubman and former county player, Brian Flanagan, has been announced as the new Kildare U20 Football Manager on a two year term with a review after Year 1. 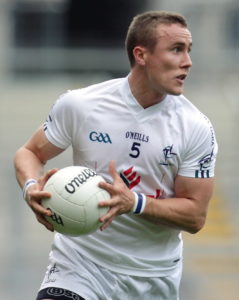 Flanagan will have Emmet Bolton of Eadestown and Mark Scanlon of Round Towers as his selectors. A third selector will be confirmed by the Co Board shortly.

Flanagan and Bolton along with the now retired Peter Kelly, were members of a vary solid Kildare defence during the Kieran McGeeney era.

The new Kildare U20 boss has plenty of managerial experience both at club and county level. He has been manager of the Kildare junior team and was part of Cian O’Neill’s backroom team in the initial years. Flanagan has also managed his own club, Johnstownbridge, and has been involved with the Westmeath county team.

Kildare were winners of the inaugural U20 All Ireland.