We continue our look back at Kildare Championship 2020 and our Sports Team, this time led by Robert Cribbin, has completed the hard work to provide us with the Kildare Nationalist Intermediate Team of the Year.

Let’s have your thoughts.

AS per usual the Pittman Traffic Equipment Intermediate Football Championship proved to be extremely competitive this year with Clogherinkoe eventually landing the Hugh Campion Cup.

The Cloghs achieved their first ever title by a single point in the decider and they lead the team of the year with seven participants while Kilcock, Leixlip, Ballymore Eustace and Two Mile House are also represented. 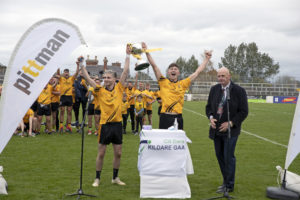