The Football Association of Ireland has, this afternoon, confirmed the appointment of Jonathan Hill as the new Chief Executive Officer of the Association from 1 November.

In a statement the FAI says, “The appointment has been unanimously ratified by the Board of the FAI, on the recommendation of the Association’s Nominations Committee.” 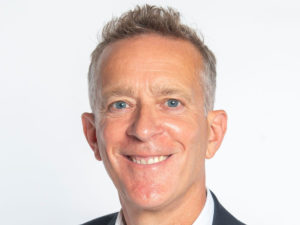 The FAI statement adds, “Jonathan Hill, 57, brings a wealth of football and leadership experience to the role having previously worked as Group Commercial Director with the English Football Association, as Commercial Director of Wembley National Stadium and Commercial Director for Euro ’96. Jonathan has also worked extensively in the wider sports marketing sector, including with IMG and as CEO for the Laureus World Sports Awards, with proven success in working efficiently in complex multi-stakeholder and business partner environments.”

Looking forward to his new role, Hill told FAI.ie : “I am truly honoured to be appointed to the role of CEO of the FAI and I am greatly looking forward to working with the staff, the wider football community, our commercial stakeholders and the Government moving forward, driving the development of football at every level within Ireland, overseeing the ongoing process of business transformation within the organisation and, of course, facing the challenges that Covid presents for our game.”

Welcoming the appointment, FAI Board Chairperson Roy Barrett said: “On behalf of everyone involved with Irish football and following a full and thorough recruitment process overseen by leading international recruitment firm Odgers Berndtson, I am delighted to welcome Jonathan to the Football Association of Ireland. I know Jonathan’s experience in the commercial and football worlds will bring real benefit to the FAI and I look forward to working with him on behalf of all our stakeholders as we build for the future.”

FAI President Gerry McAnaney said: “Jonathan’s appointment is set to be a turning point for Irish football after the events of the last 18 months and we all wish him well with this new role. I would also like to thank interim CEO Gary Owens for his immense contribution and invaluable leadership in his time with us. Gary brought great stability to the FAI over the last 10 months and my hope is that Gary will remain involved with Irish football in some way going forward.”

Interim CEO Gary Owens said: “I really look forward to Jonathan’s arrival and working alongside him in the transition period. I know from experience that he is about to join a really strong team and I want to thank all the staff for the significant progress made and their hard work over the last 10 months.”

The FAI statement concludes by stating, “Jonathan Hill will work between London and Dublin at first due to ongoing restrictions but will be based in Dublin as soon as it is safe to do so. He will work together with interim CEO Gary Owens in this initial period as part of the ongoing transition programme.”

Klub Kildare: Excitement builds for second phase with everything to prove