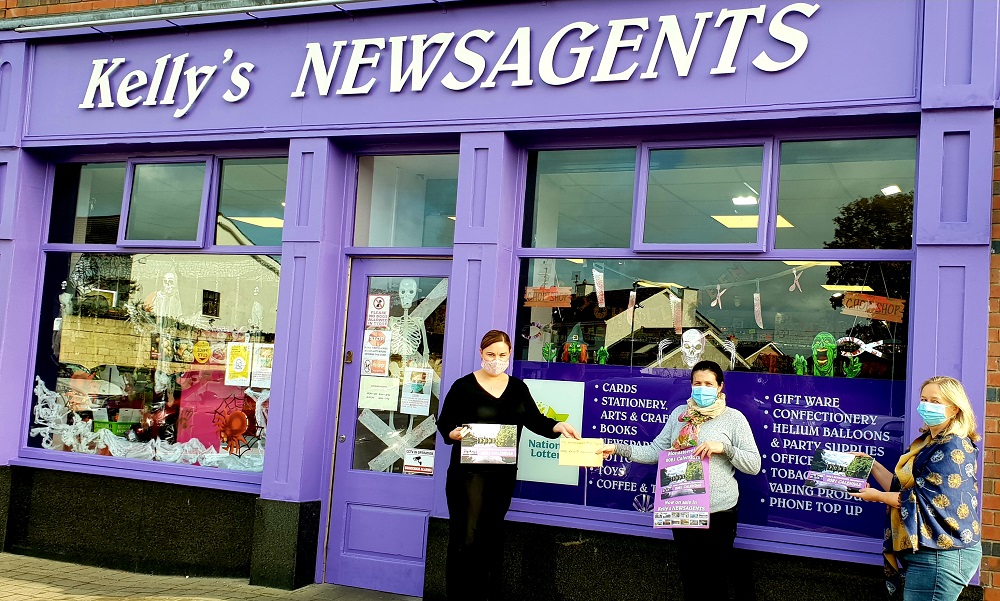 Kelly’s Newsagents in Monasterevin have launched the 2021 edition of their popular calendar, which is available now for €9.95.

The photos in the latest edition were taken by assistant manager Gráinne Hennessy, Donal Harrison, Ciaran Mahon, Fergus Mahon, Aoife Hennessy, Sarah Melia, David Gould, and Padraig Mahon. Among the sites and scenery that feature is the mill, an overhead shot of St Peter and Paul’s Church, Lackagh Cemetery, and a barge on the canal.

“Our cover shot this year is by Padraig Mahon, I was doing a bit of snooping on Facebook and I saw he had a beautiful picture posted,” Gráinne explained. “I’d know Padraig anyway, but I messaged him and asked him would he be interested in allowing me to use a couple of his shots in the calendar.”

She added that “I was lucky enough to be the one to actually get to design it this year… I got to go out and take a nice few of the shots that are in the calendar”.

Barry Walsh from Monasterevin Historical Society composed the piece on the back of the calendar, which Gráinne described as “absolutely beautiful”.

This is the fourth year Kelly’s have worked with Mochua Print who “provide a brilliant service”. Gráinne also noted that “last year we were lucky enough, we were able to do our big launch up in Moore Abbey with the help of Monasterevin Tidy Towns. But obviously due to [the] current climate we can’t do that. But Teresa Troy and Helena Kelly came to the shop [one recent morning] and we just took a little photo out the front and it was kind of our little mini launch for this year’s calendar.

“We gave them a donation for the committee as well of €200, just to acknowledge the great work that they’re doing around the town.”