The benefits of keeping it local… including currency 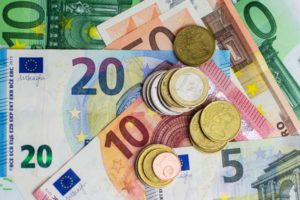 ALMOST everyone here in Ireland has come upon sterling in their pocket – a UK pence or other small coin – that they are still able to spend at the local shop because it looks similar to an Irish coin. Americans do the same with Canadian pennies. The foreign coin is nominally worthless here, yet it passes from hand to hand enabling a whole sequence of small economic transactions to occur. An otherwise worthless piece of metal enabled real worth – something someone made, or a service someone can perform — to change hands. Goods and services are what we truly exchange; money is whatever we say it is.

For most of history, wealth was just that – food, tools, land or labour. Later gold came to symbolise that wealth, paper notes came to symbolise gold, computer digits came to represent notes … until we get to Wall Street credit-default-swap derivatives, in which hundreds of billions of theoretical dollars can evaporate overnight, as they did in 2008, without having ever really existed.

There are several ways we could bring money down to Earth. First, we could rein in our wealth and return it to some tangible form. We could start at the macro end and simplify, of course, by re-imposing those useful laws that kept bankers from gambling away their customers’ money. We can also return to square one, bartering with our neighbours – vegetables for eggs, or painting a house for doing taxes. You can expand a barter system into a village network of great complexity, as colonial Americans did by keeping a community ledger of favours worth great quantities of money, and every so often having a “reckoning” in which the differences would be paid and a small amount of money change hands.

A kind of barter could augment our common economic system in a surprising number of ways. When a company offers to give you a paycheque and day care, and access to a gymnasium, and a company café, it is adding a few already-tangible goods to the abstract offer. Ultimately, though, barter cannot support the kind of complex and global infrastructure we have – it will not create tractors or MRI scanners.

Many people would find an intermediate choice useful, something that would allow localities and regions to have a genuine currency. Local currencies can be based on anything, just like national money. If we in County Kildare agreed to begin a local currency – say, the “Dara” – it could stand for one sack of potatoes, one kilo of wheat, one hour of labour, or whatever we choose. Such currencies were common in the 1700s and 1800s, and towns like Cloughjordan in County Tipperary are now considering returning to a local currency like they had 150 years ago.

If local businesses agree to use the local currency, though, they are encouraged to patrionise each other’s shops, and keep the money jumping from one person to another without ever leaving town. Money can enter the area through residents’ salaries or wages, but far less of it goes out again. This is one reason certain immigrant groups have thrived — one study I read showed that Chinese-Americans used each others’ small businesses so much that money circulated six times in their community before leaving.

Such currencies can be a way of keeping the wealth circulating locally, by putting it in a form that cannot be used outside of the local area. If all businesses in town are using the euro, then an international corporate chain could be sucking money out of the local area – by definition, if it is making a profit here, it is taking more money out than it is putting in. A local currency would also provide a backup if more unexpected things happened like another pandemic, crash, or political upheaval.

If a local coins sounds too expensive in metal used, and paper sounds too easy to counterfeit, a town could organise a credit card, and issue it to anyone who wanted to pay for one. The card could be used only at local businesses, and those businesses would pay each other the same way. Use your imagination, and think of ways to keep money circulating in your area without leaving. These ideas may seem exotic, but they were done before in Ireland, and can be again.