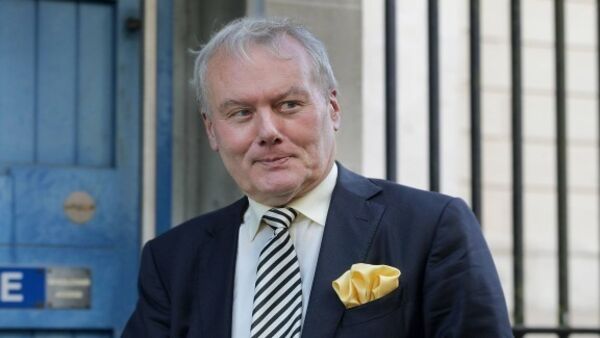 He was, for 40 years, the Marmite of Irish journalism, who, but for a lazy bit of flippancy three years ago, might still be skewering puffed paragons for sport.

Yet whether you liked his style or not, the simple cleanliness of Kevin Myers’ journalism was hard to dismiss.

Myers’ work over the last 40 years to rehabilitate the memories of Irishmen who fought in the Great War laid a lot of the groundwork for both the Good Friday Agreement and the visit of the Queen in 2016.

This should have guaranteed him a place on the nation’s pedestal – alongside the likes of the late John Hume etc until he pushed the self destruct button with some comments about two of the best paid women presenters on the BBC linking their success to their Jewishness in a column with the Sunday Times, and was forced to that awful Coventry of enforced silence.

But he is silent no more, as the Ballymore Eustace resident steps back into the light with a simply scintillating memoir entitled Burning Heresies  which charts the 40-odd years between walking in the front door of  The Irish Times  and his final vindication over the  Sunday Times debacle with an eventual apology from RTÉ for wrongly calling him a ‘Holocaust denier’.

As a fan since my  Irish Times -reading father introduced me to him around about the time of the Pope’s visit, I will readily attest to the rip-roaring rattling-ness of this memoir. His description of flying typewriters and smoky newsrooms sits as well as his filleting of Charles Haughey or his softest touch with mortal coils.

However, three years of stewing have not softened his hurt, and the indignations at what he considers his betrayal undertaken by his journalism colleagues, and perpetrated in the nether worlds of the internet, still sit large on each shoulder.

“So, this book, is it vindication, or redemption?” the Kildare Nationalist asked him.

“No redemption is necessary, because I did nothing wrong. Vindication is the justified word,” said the writer.

“The intent of those involved was shocking, and what’s worse, it was done by colleagues,” he pointed out.

“The strange thing is, it could be done to them just as easily,” he stated, referring to the internet where it played out , and the simplicity with how far untruths run there.

“The lynching in the media, began early that Sunday morning…it seemed State instigated. I wrote on the subject foolishly, that they were the two best paid women on the BBC – it was meant as a compliment to their agents,” he explained of his fauz pas about Claudia Winkleman and Vanessa Feltz in July 2017.

Myers was a freelancing columnist for the Irish edition of ******The Sunday Times *********at that time when he was persuaded to write on the subject of BBC pay by a news editor in London, ahead of two ideas he presented for his column.

“I filed it nearly a day early – you’d know about that – and there was plenty of time to check, but it went past five sets of eyes [at the  Sunday Times ],” he said.

“I don’t think it was a Dublin set-up. It wasn’t proposed to be an ambush, but maybe, just maybe, someone in London thought this might be a problem for me,” he believed.

When asked if he thought his part as the public catalyst on Irish involvement in British armed service might have been a trigger.

“I think that could’ve been behind it. There was a huge energy went into my lynching from republicanism,” he stated, before naming a prominent newspaperman who was highly critical of Myers, and who he alleged to be close to that movement.

“Not one single columnist stood up, except Eoghan Harris, who said: “if the Jews of Ireland say he’s not an antisemite, then perhaps he’s not”, noted Myers.

“The Jewish Representative Council said of me: ‘This man has told Ireland truths about the Holocaust they would have otherwise not known’ ,” he explained.

*The Sunday Times fired me without talking to me, then Leo Varadkar and Frances Fitzgerald came out to condemn me.

“This was not a low level, but a high level lynch mob. The Taoiseach and all the newspapers agreed my career should be destroyed irrevocably.

“My government joined News International to ruin my career, and this has no precedent because a government is supposed to defend its citizens,” he said wistfully. (He had given up dual citizenship years previously, and is solely an Irish citizen.)

“I won’t be judged by my contemporaries but by history,” he said, returning to bullishness.

“When people look back at a temporary moment in social history they’re not going to say Leo Varadkar or Fintan O’Toole had a moment of majesty but will see what was done to me was wicked, sinful and a crime against journalism.

“The message sent to others is ‘do not stray from the straight and narrow or you’ll be killed’,” he stated.

And The Establishment now?

“The producers from Claire Byrne said they wanted us back, said that once we settled the case [with RTÉ in November [2019] we could go ahead, but they pulled out at the last minute, and three programmes have cancelled on me now. RTE have decided,” he pointed out.

“I’m 73 years old, and will continue to write for websites in the UK and Australia.

“I have a few other books finished, but the publishing industry is in chaos.

“For example, last Thursday week 600 titles were released on the same day, and most of those will vanish without trace.

“But I got a lovely review from Alan Shatter in the  Irish Independent and Eilis O’Hanlon in the  Sunday Independent.

“It was an unbelievable phenomenon when it happened…[but] I’m intact. Me, I’m OK.

“Apart from marrying Rachel [Nolan], the best thing I’ve done is moving to Kildare, because I love this county, I love these people.

“The support I got from ordinary people around here three years ago was extraordinary with their sympathy and disbelief over how it could have happened,” he recalled.

“The bunch of c**ts, and you can quote me on that,” he reminisced mischievously.

“They only took my reputation. It’ll be hard to get back but I’ll get it back. What harm have I done to anyone?” queried our sparky scribe.