An Bord Pleanála give thumbs down to Rathangan housing development 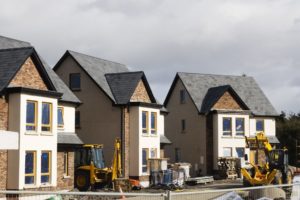 A DEVELOPER who sought to build 32 housing units at Newtown, Rathangan and was refused permission by Kildare Co Council has had a planning appeal turned down by An Bord Pleanála.

A document available on the board’s website referenced an appeal by ‘Moortrim Limited care of Clarke and Company’ against the decision made on 10 March 2020 by KCC to refuse permission.

A Board Direction stated that “having regard to the proximity of the proposed houses to the site boundaries, the over-reliance on 2m high boundary walls throughout the scheme and a lack of appropriately designed dual aspect corner units, which results in a lack of natural surveillance / passive supervision of public areas, it is considered that the proposed design and layout would constitute an inappropriate housing scheme which would not contribute positively to the public realm and would therefore, be contrary to Policy HD 1 of the Kildare County Development Plan which requires new residential development to be of a high quality design and Policy DL 1 which aims to promote a high quality of design and layout in new residential developments and ensure a high quality living environment for residents, in terms of the standard of individual dwelling units and the overall layout and appearance of the development”.

It added that “the proposed development would, therefore, seriously injure the amenities of the area and of property in the vicinity and would be contrary to the proper planning and sustainable development of the area”.