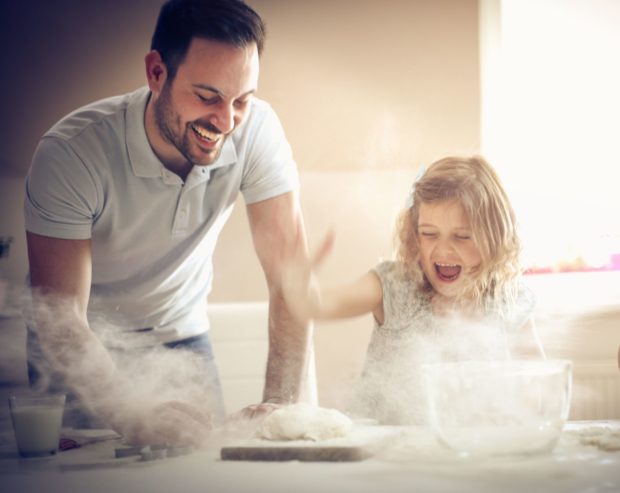 Learning can be fun

NOW that we’re all going into Level 5 quarantine for a while, and it’s getting too cold to do much outside anyway, parents are looking at new ways to occupy their children, and while they are still being sent to physical school for the time being, we don’t know what the coming months will bring. Even if children continue to go to school, most parents are going to be home with them a lot more than usual.

Tragically, many will simply turn on the television and sit the children in front of it, or do something similar with video games, computer pads, or the like, and squander a once-in-a-lifetime chance to teach their kids valuable things at home. I don’t mean to become a full-time homeschooler, although that’s certainly something to consider. I mean that whether or not you send your children away to a school, you should homeschool them every day, teaching them the things that everyone should know, and that most schools don’t teach anymore.

The way children are taught in schools these days, life is broken up into many subjects, each getting an hour or so, most don’t seem to have practical value, and most don’t seem connected to each other. But that’s not the way most children were taught in history; in the classical era, for example, students read amazing stories about their own history and then were taught how to debate what they had read. They taught music and astronomy through mathematics. Everything was connected for them as it is for us, and they knew that children learn better when their lessons are hands-on, relevant to their own lives, and connected to all their other lessons.

Take, for example, cooking which relates to maths and health. If your child eats takeaways a few times a week, they are spending a lot more money on food than if they just cooked for themselves. They are eating less healthily, and will not know what goes into their food. Whereas if they buy only basic ingredients and cook them, however, they could save €60 a week, or 3,000 a year, or €180,000 over an adult lifetime. If you get them into the habit early, moreover, they will have fewer problems later in life trying to get out of the takeaway habit.

Moreover, cooking relates to all kinds of other subjects. Why do onions turn golden-brown when sauteed? Because all plants turn sunlight into sugars – which is the basis of all life on Earth – but not all sugars are like our table sugar. Many are larger molecules that have no taste to us, or taste harsh. Heat breaks these down into simpler sugar molecules that taste sweet to us.

Cooking not only relates to chemistry, but to history. In what part of the world were onions domesticated? The world has thousands of edible plants but only a fraction could be bred into crops, and most of the grains that could be domesticated were in the Middle East — hence that became the cradle of civilisation. You could look up the way Greeks gorged on vitamin-rich onions before the Olympic Games, or how the native Americans named a settlement after the onions that grew there – in the Chippewa language, “Chi-ca-go.”

Let’s say you bake bread with them, and show how a small amount of yeast can transform the dough. The yeast grows exponentially – two, four, eight, 16, 32– and understanding exponential growth will help them understand many of the world’s problems. At what rate are we using up the world’s resources? When a credit card charges you seven percent a year, the amount you owe doubles in ten years – how does that happen? Viruses spread exponentially – why is everyone quarantining to keep the virus from spreading, and what happens when a virus spreads?

The bubbles in the dough are the yeast breathing out carbon dioxide, just as we do – fungi like yeast are more closely related to animals than plants. What else do we use that gives off carbon dioxide, and what effect is that having?

Lessons are everywhere for a child, and there’s no reason for lessons to be dull or disconnected from life. We live in an increasingly inter-connected world, and many children today are growing up ill-equipped to understand those problems. Simple lessons at home might not seem important, but they might stick with children when much else has been forgotten.