The story below appears in this week’s edition of the Kildare Nationalist but since going to print we have learned that the matter has escalated and that locks have been changed on St Brigid’s BC gym in Kildare town so the boxers are unable to gain access to their gym. The Kildare Nationalist understands however that negotiations are ongoing and that further meetings will be held on Friday.

YOU might remember the furore there was when Katie Taylor returned from winning Olympic Gold in London in 2012 and it was discovered that her boxing club in Bray was about to be lost? Politicians, Government, Businesses all rallied round and the Boxing Club was saved and was made into a building that befitted an Olympic Champion. 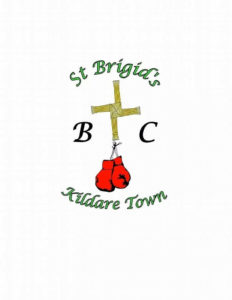 Here in Kildare there are concerns for the future of St Brigids Boxing Club in Kildare town, which produced triple World Boxing Champion, Katelynn Phelan recently, and as can be seen from the panel attached, many more honours in its 12 years of existence. 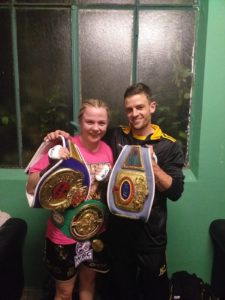 The continued use of the current building and the finance to keep it and run it is a real worry for Paddy Phelan, Katelynn’s Dad, and the other Coaches and Committee members at the club.

St Brigid’s BC, which is situated in the old Black and Decker factory in the Enterprise centre in Kildare, was formed by Paddy Phelan in 2008 because of the numbers he was bringing from Kildare town and other areas to train in Royston Boxing Club in Newbridge twice a week.

“It’s a great premises with plenty of parking and we’ve done a lot of work to it over the years to make it into a real boxing gym with male and female dressing rooms and toilets.  It’s a beautiful gym with everything a boxer would need in it. We started with nothing but we built it up over the last 12 years,” Paddy Phelan explains.

Since the foundation of the club 12 years ago hundreds if not thousands of children from all ages and aspects of life come through the club’s doors and have been welcomed with open arms.

At its height before the Covid -19 pandemic arrived, St Brigid’s BC had 120 members. “Not only do they come from Kildare town but from the surrounding areas as well and from as far away as Mount Mellick, Mullingar and Edenderry. We cater for boxers from 6 years up to adult age.” Phelan adds.

“We’ve had massive interest in the club since Katelynn won her World Titles but we’ve had to reduce our classes because of Covid-19 restrictions and we now have smaller classes but we’re there more often. We have outdoor training in the car park at the moment and we using Curragh when weather is good, the Coach tells us.

St Brigid’s BC now feels under threat though from a financial point of view. “Normally around the 10 December each year we would have held our “Night of Champions Tournament” which was a major fundraiser for the club. It allowed us to cover trips to England etc for tournaments with no expense on parents. It also set us up for Christmas and the party for the kids,” Phelan said.

“I don’t see any tournament taking place this side of Christmas, maybe there will be something in January and maybe we will be able to run our Night of Champions in March,” Phelan goes on.

“We don’t receive any support except through running those little tournaments and subs from the boxers each night. We get no government grants, no lotto funding and so far we have been unsuccessful with other grant applications as well. Punch bags cost anything from €150m to €500, headgear is from €50 to €200 while boxing gloves can cost anything from €20 up to €150,” Phelan explains.

“We supply everything for the kids, even for tournaments, so that there would be no expense on the parents. Now with Covid restrictions all kids must have own equipment.”

An added worry for Paddy Phelan and his St Brigid’s members is the possible implications of the cost of a new lease or licence for the premises itself. “If we lose the premises we will be training in a carpark. Our preference is to stay in this location because of the way we have built it up and because of its size and its perfect location for the town with plenty of parking,” he adds.

We need as much help and support as possible, if not financially then through getting behind us and guiding us in right direction. We need to save this boxing club for kids and adults who might be suffering mental health or other social issues. We’ve seen tragedy in recent times and without this club kids and adults could be in serious trouble. Let’s secure the future of St Brigid’s Boxing Club in Kildare Town,” Phelan pleads.

Closer to home and speaking of the “boxing Phelans”, after taking a week off Katelynn is now back in the gym and looking forward to her next fight while her brother, Allan, who now trains with Steven O’Rourke in Dublin, is scheduled for a fight in Alicante in Spain on 21 November.

“Katelynn’s victory proves what an ordinary child can do. The kids in the club are looking up to her now. I tell them they too can do it. Katelynn was always a fighter since she was a baby. She was eight weeks premature. We nearly lost her as a baby as her lungs never developed. She spent three months in hospital and it was a hard three months,” the proud Dad remembers.

Katelynn Phelan was and still is a fighter and that fighting spirit is now needed to ensure the survival of St Brigid’s Boxing club, not for the Phelans and other elite boxers, but for the ordinary kids and adults from Kildare town and surrounding areas who see boxing as an opportunity to not only learn new skills and perhaps attain success but to perhaps deal with any personal issues they may have.

We can’t let them down, surely.