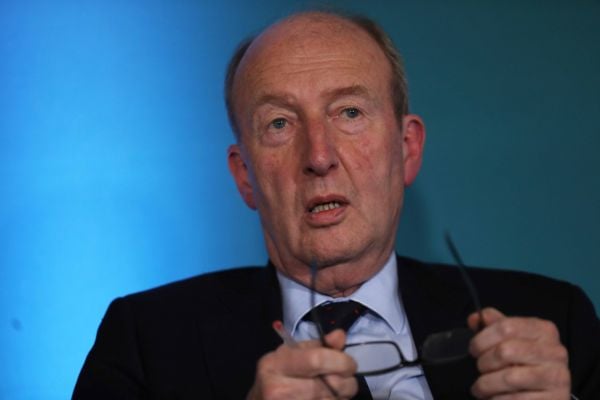 Mr Woulfe finally met with the Chief Justice yesterday after postponing the meeting on four occasions on health grounds.

The meeting was held to discuss the fallout of Mr Woulfe’s attendance at the Oireachtas Golf Society dinner back in August which allegedly breached Covid-19 restrictions.

The dinner in Clifden, Co Galway was attended by a number of senior political figures and led the to resignation of EU Trade Commissioner Phil Hogan and Minister for Agriculture Dara Calleary.

A review into Mr Woulfe’s attendance at the meal had been carried out by former Chief Justice Susan Denham, who found it would be inappropriate to call for his resignation.

Mr Ross, who pushed to reform the method of how judges are appointed during his time in Government said only the Oireachtas can push for Mr Woulfe’s resignation but both houses are “running as far away as possible from this particular fiasco”.

“It’s absolutely absurd that we have this charade of the Supreme Court wondering around like headless chickens when they actually haven’t got the power to do anything about it.”

The Courts Service has made no comment on Mr Woulfe’s future and the outcome of yesterday’s meeting will not be revealed for a number of days.