Your questions about US elections answered 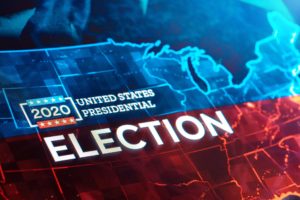 ORDINARILY I use this space to write about gardening, cooking, and ways of living more sustainably for local people … but I also happen to have spent many years reporting on US politics. Most local eyes were on the US presidential election last week, and most Irish I know have a lot of questions about the USA’s very different system, so with the permission of the editor, I’m going to briefly clear up a few common questions about America’s political system.

What the heck is the Electoral College, and why do they even have it?

At the time that the USA won its independence in the 1700s, it was set up as a loose coalition of states like the EU, and each state got a certain number of electors – equal to its number of senators plus its number of representatives – to elect the president.

Since many people these days want a simple popular vote, why hasn’t this been changed? Two reasons: first, because the state’s number of electors depend on its population, so the results of the Electoral College have almost always been the same as a popular vote. In fact, until recently the Electoral College was a fairly obscure ceremony, a mere ratification of whatever the people had already chosen on Election Day.

The other reason it hasn’t been changed is that it’s hard-wired into the Constitution. The Constitution is what guarantees freedom of speech, freedom of religion and most other rights of a democracy – one reason Americans regard their Constitution with almost religious reverence – and was designed to be difficult to change. Altering it would require three-fourths of states to vote to do so, and more rural states – who gain an advantage from the Electoral College – don’t want to change it.

Why do all these states have different voting rules?

People here make the mistake of thinking that the USA is a single country, as Ireland or Belgium are countries. In reality, the USA is still an EU-style coalition of states, except twice the size of Europe; just as Ireland’s laws differ from those in France, so Kentucky’s laws about voting – or COVID quarantine, or guns, or just about anything – differ strongly from those in New York.

Why are people voting for Trump?

Much of the news reporting about the USA involves either personal scandals or culture-war issues like gay rights or race riots. Most polls, though, show that Americans’ main concerns are over more practical issues like unemployment and war. US troops have been in the Middle East for almost 20 years, and Donald Trump promised to bring America’s troops back home – and has done to some extent.

Also, many small towns across the USA used to have industries and jobs, but many of those factories closed down as corporations turned to cheap labour in places like China, and most small towns are experiencing a dramatic increase in unemployment, poverty, drug addiction, suicides and other problems. Trump promised to bring back manufacturing jobs – and again, has done so to an extent. He has also increased investment in the coal industry, giving jobs back to many miners.

None of this is meant to excuse Trump’s scandals or general conduct, or the damage done by coal burning to climate change – this is merely to explain why many rural Americans find it advantageous to support him.

Why are some people rioting?

Many disaffected urban black and Democratic-leaning voters have threatened to riot if Trump is elected, fearing that he will become more autocratic, while many disaffected rural voters have threatened to revolt if Joe Biden is elected, fearing a reversal of the policies that have benefited them. When you see unrest on the news, though, remember that these are a few hundred people out of 350 million – a percent of a percent of a percent of the population. News media focus on the dramatic, but in reality, most people listen to what Abraham Lincoln called “the better angels of our nature.”