One Change on Kildare Team for Leinster Semi-Final

Kildare Senior Football Manager, Jack O’Connor, and his Management Team have made just one change to the team for Sunday’s Leinster SFC Semi-Final against Meath at Croke Park, throw-in 1pm. 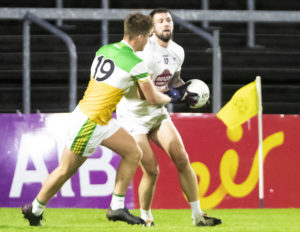 Matty Byrne, who replaced Fergal Conway at half time in the Quarter Final versus Offaly, retains his place at right half forward.

Kildare are looking to make a Leinster Final for the first time since 2017 when they were defeated 2-23 to 1-17 by Dublin while Meath are looking to appear in their second final in a row having been beaten 1-17 to 0-4 by Dublin last year.

When the sides last met in the Allianz League in Navan in March of last year Meath won by a point, 1-9 to 1-8.

Sunday’s match will be refereed by Conor Lane (Cork)