Nominations confirmed for Kildare County Board

Nominations closed at 1pm yesterday, 17 November, for the various Kildare County Board positions. As expected outgoing Chairman, Mick Gorman, and Vice Chairman, Colm Farrell have been returned unopposed while County Treasurer, Alan Dunney will continue in his role following clearance from Croke Park. 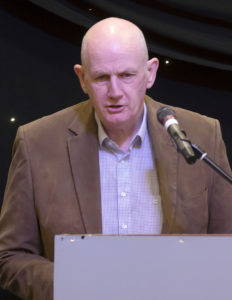 Outgoing County Secretary, Dave Cahill and outgoing PRO, Christine Murray, have completed their five year terms and must stand aside from those positions.

Development Officer, Petria Dobbins, was also nominated for the position of County Secretary but she withdrew her nomination overnight.

At this month’s County Board meeting, County Chairman, Mick Gorman, advised that Croke Park had requested that no contentious motions be included in this year’s County Conventions but Kildare clubs have gone one better and have not forwarded any motions for consideration.