The Olympic Federation of Ireland has today announced FBD Insurance as the sponsor of this year’s ‘Dare to Believe’ Olympic Schools Programme. Ireland’s homegrown insurer is the Official Sponsor of Team Ireland on the road to Tokyo, and this extension of the sponsorship will allow ‘Dare to Believe’ to continue to grow and inspire schoolchildren nationwide. Today’s announcement also included the unveiling of the 25 ‘Dare to Believe’ athlete ambassadors from across a variety of sports. 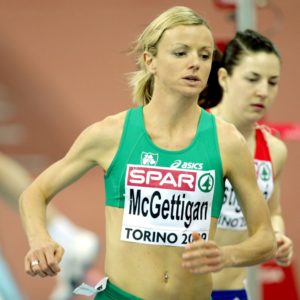 In its first year, ‘Dare to Believe’, which was set up with funding from Olympic Solidarity support, surpassed all of its targets, bringing the Olympics into the classroom for over 5,000 children nationwide. The school activation programme, championed and supported by the Olympic Federation of Ireland Athletes’ Commission, was developed by 2008 Olympian Roisin McGettigan and, as the programme moves into the next phase, the focus is on further expansion, with a boost of 16 new ambassadors to the programme, bringing the total to 25 athletes.

‘Dare to Believe’, in association with FBD, will teach primary school students about Olympic Values and Olympism through a curriculum that includes over 40 of the approved education methodologies. The ‘five-ring’ programme allows teachers to interactively explore broad themes that reflect the Olympic Values of Respect and Equality, Healthy Body and Mind, and Joy of Effort. The final ring focuses on Striving for Excellence, which sees the athlete ambassador deliver their personal sporting story to the class, with the changing environment meaning that these visits will now be virtual.

Speaking today, Roisin McGettigan highlighted the success so far of the ‘Dare to Believe’ programme: “When we set about designing ‘Dare to Believe’, we had an ambition to inspire children to follow their dreams, to be daring and to believe in themselves. We set a curriculum that we believed would reflect that ambition, while being firmly planted in approved methodologies, with resources that would make the delivery as easy as possible for teachers. The first phase has received an overwhelmingly positive welcome, from everyone involved – teachers, students and ambassadors themselves. The aim was to display the many benefits of sport, activity, goal setting and respect in a way that even children with no real interest in sport could find something that they could learn from. We encourage them – through the programme – to follow their Olympic-sized dream, whatever that may be. Over the past year, we have been inundated with posters, cards, designs and videos from children nationwide who have participated in the programme. Last summer’s ‘Dare to Design’ competition was hugely popular, and we have been blown away with the feedback from the athletes’ involvement in the RTÉ Home School Hub productions – with more action coming in the next week! We are grateful for the support from both Olympic Solidarity and FBD Insurance, which allows this programme to continue to grow.”

Aileen Donoghue, Head of Marketing at FBD Insurance, stated: “FBD Insurance has been delighted to support Team Ireland in their preparations for the Tokyo Olympics next year, and we are thrilled to now be able to expand that support into this year’s ‘Dare to Believe’ programme. We believe that this programme is a superb way for elite Irish athletes to truly connect with children across the country, helping them to develop skills across a wide range of areas and inspire them to achieve not only their sporting ambitions, but their life dreams. We have seen the superb impact that role models play in young people’s lives, and we know the profound impact of sport in our communities around the country; we are proud that we are helping Ireland’s elite athletes inspire the generation of tomorrow.”

Olympic Federation of Ireland Commercial Director, Catherine Tiernan added: “FBD Insurance has been a brilliant supporter of Team Ireland on the road to Tokyo, and we are grateful of their extended support to help grow ‘Dare to Believe’. Last year’s programme was a resounding success, and we are excited to see it grow and expand even more this year.”

Oliver Dingley was one of the athletes on hand to launch the programme today and he stated: “I am delighted to be a ‘Dare to Believe’ ambassador and I’m thrilled that Team Ireland sponsor, FBD Insurance, has come on board to support this brilliant programme. When I was young, it was always my dream to be an Olympian and I trained and worked extremely hard to try and make that a reality. I am honoured to be part of a programme that aims to inspire the next generation of Olympic athletes.  I look forward to telling them my story, passing on all of the skills I have learned from sport and trying to leave a positive impact on these pupils.”

The second phase of Dare to Believe includes the following athletes, representing a good geographical spread: