Basketball Ireland has issued a statement this afternoon following comments yesterday by John Treacy, CEO Sport Ireland, in relation to a return to action by indoor sports such as basketball, where it was indicated that such sports might not return until a vaccine was available for Covid- 19.

“Basketball Ireland has received clarification from Sport Ireland CEO John Treacy on his recent comments. We understand that John Treacy was asked to speculate when indoor sport would return and he urged a cautious and patient approach, stating that indoor sport would be the last to fully return. He has stressed to Basketball Ireland that these comments were made from a personal perspective and it is not Sport Ireland or government policy, which is continuously evolving. Basketball Ireland accept John’s personal view, we recognise that we are dealing with a pandemic and that indoor activity increases risk. However, we must make a plan to resume, rather than shutting the sport down and Basketball Ireland is continuing to work towards a season start date of 9 January. 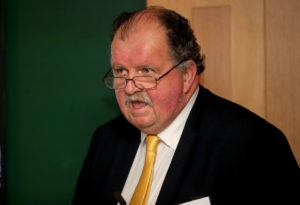 Basketball Ireland is now urgently calling for the government to provide a clear exit plan from level 5 for our sport, once restrictions are eased in December to allow our sport to restart. We note that plans for a return to basketball are far more advanced in Europe, for example Spain, where Covid-19 rates are far higher than in Ireland.

For too long basketball and indoor sport has been left in the margins when it comes to guidelines handed out by government, with proper consideration only given to outdoor sports. We are urging consultation with not alone Basketball Ireland, but other indoor sports too. There is a huge cohort of people who are invested physically and emotionally in indoor sport and they need to be listened to and fully considered.

Sport is hugely important for physical and mental health, livelihoods are also at stake at all levels of our game, our National League is semi-professional, with clubs having contract commitments to players, coaches and technical staff. Basketball Ireland will commit further resource to allow our National League to begin again, such as increased testing and nominate central venues where games will be played, to reduce travel.

Basketball Ireland CEO, Bernard O’Byrne, said: “Our sport has had a handbrake applied since March. We’ve led from the front when it came to dealing with Covid-19, calling a halt to our league back in spring. Basketball Ireland and our clubs have since invested a lot time, money and effort to put necessary safety measures in place, which has resulted in no cases emerging through basketball activity anywhere in the country. We now need the government to provide a clear pathway for us to resume. We have been ignored and watched on while other elite level sports have continued. We now want government to agree a schedule for basketball’s return, so we, and our clubs, can plan accordingly, without being left in limbo. We shall continue to work in tandem with Sport Ireland to get our sport underway as soon as possible.”

Basketball Ireland chairman, Paul McDevitt, added: “We are committed to a safe return of our sport and will do whatever it takes to get our players onto the court again. We are available at any time to government to discuss a structured and careful return for our sport. Our National League and international squads need to return to training and playing, jobs are on the line. Our international squads risk being left behind by their international peers with European Championships due next summer. Ireland is due to host the FIBA European Championship for Small Countries next summer in Limerick and we want to give our players the best chance of success.”