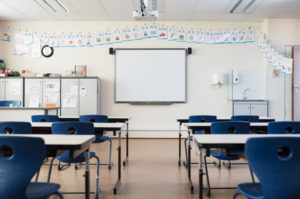 DESPITE two new secondary schools already planned for the region, local Minister of State Martin Heydon, has said that delivery of additional secondary school places across Kildare South is a priority for him.

“There is significant demand for places in the Kildare, Newbridge and Kilcullen areas with schools operating close to capacity, but planned new school builds and extensions for schools in the area will alleviate some of that pressure in the medium term,” he said.

“It is very welcome that work has now begun on construction of a new school build for St Pauls in Monasterevin, while a new school for the Curragh Post Primary is awaiting final site selection,” he pointed out.

“I have impressed upon my Ministerial colleague, Norma Foley, the importance of progression of the Curragh PP project as well as the extensions for the Patrician’s in Newbridge, as well as the CPC in Kilcullen and the Athy Community College – both of which are at design teams appointment stages,” he revealed.

“Ensuring these five building projects for South Kildare move along as quickly as possible remains a priority for me on behalf of families in the constituency.

“I am also aware of the concerns of parents who have not yet secured a secondary school place for their children for September 2021 under the first round of offer, and I can fully understand the frustration and upset of parents and students and their worry for the future.

“I am confident that many more children will secure places during further rounds of offers from each school, as under the current system many students apply to more than one school, so there is duplication and double-counting on the waiting lists,” he reassured constituents.

“From my experience, once each student accepts the places offered and drops off the other lists, more spaces free up.

“Due to changes that we introduced in the last Government to schools admission legislation, schools ability to share information should also help to speed up this process.

“I will continue to work with parents and school principals during the year to ensure all children are accommodated.

“In future years, I would like to see a more common application system where Kildare South schools would work off the one system so this level of concern and stress is not exacerbated for pupils and their families at this stage of the school year,” he proposed.