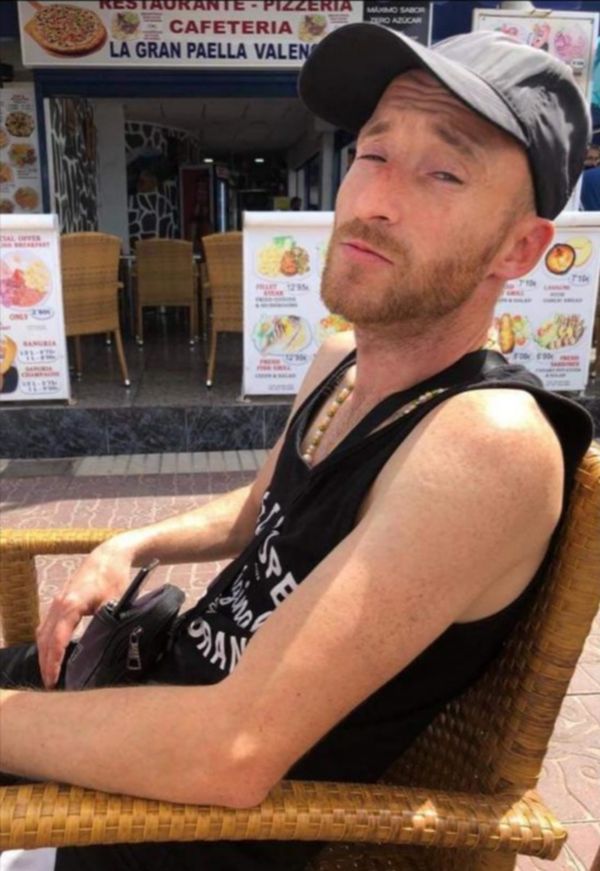 The funeral of an Athy man who died in a tragic road accident in Tenerife in September took place today. Thirty-six year old Christopher  Doyle from Townparks , Athy died in a tragic accident while on a stag party with a group of friends on the holiday island.

His funeral Mass took place in St Michel’s Church, Athy this morning. Chris’s coffin was borne in a horse-drawn hearse to the church where it was carried to the altar to the strains of Oasis’ Wonderwall. While numbers inside the church were limited to 25 many friends and extended family stood in the church grounds to pay their respects to the young father of six children.

Parish priest Fr Liam Rigney said his heart went to Chris’s mother Pauline, his six children, partner Amber and extended family.”No mother should have to bury a child,” he said. He said the long wait between’s Chris’s tragic death in Tenerife and his funeral had been very difficult for all.

He said Chris was a very popular young man and it would have been so lovely if the church could be full for the funeral, but that could not be because of the Covid 19 restrictions. But the crowd outside and the many people watching online would bring comfort to the family.

Fr Rigney told how the family had moved from its home in Clonmullion to Manchester when Chris was about three years of age to be near medical facilities for John. Chris went to school in Manchester and it was here he developed his great love of Man Utd, a passion he shared with his mother Pauline and other family members. He worked as a plasterer and had “hands to do anything” said Fr Rigney. After his father died Paul died in 2008 at the young age of 44 the family moved back to Athy to Townspark.

Chris was the life and soul of every party and was always smiling. He was a great father to all his children and a good partner to Amber, said Fr Rigney. He said the shock of Chris’s death had been hard to bear and the long wait to bring him home had been very difficult.

Thanks were expressed on behalf of the family to the Kevin Bell Repatriation Trust which assisted the family in bringing Chris home along with Deputy Martin Heydon, staff at the Department of Foreign Affairs, the medical staff in Tenerife and all those who had assisted the family at this tragic time.

In a poignant tribute, Chris’ partner Amber told of how her heart is broken and of the great love she had for Chris.

Chris was laid to rest in St Michael’s Cemetery following the mass.