Who is the new King of the castle in Naas? 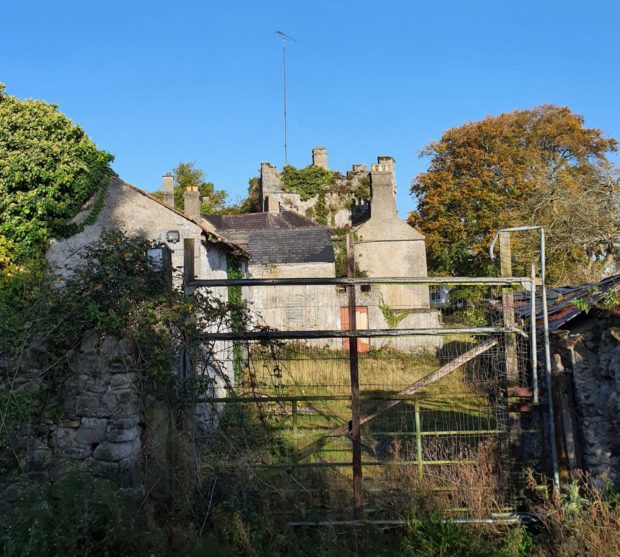 The building has fallen into a state of disrepair 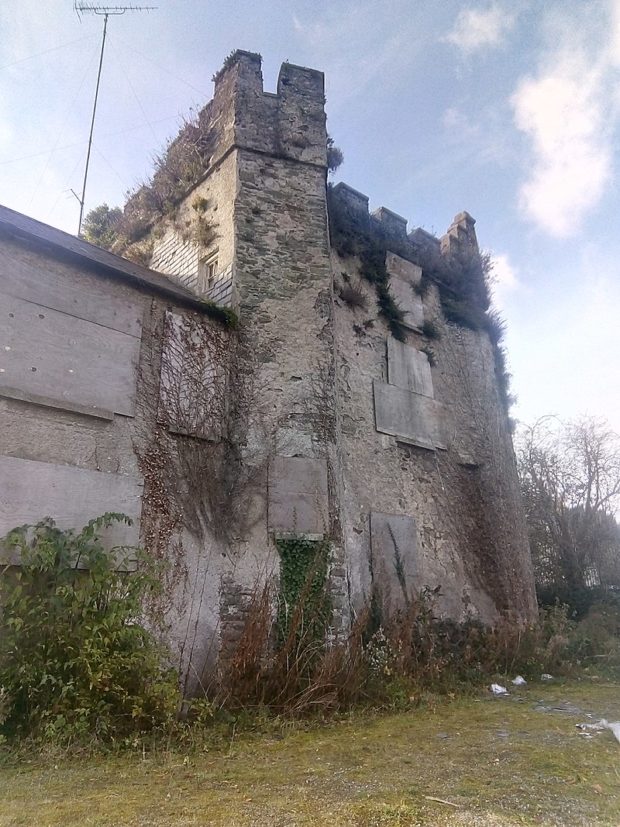 St David’s Castle in Naas has a new owner

ST DAVID’S Castle, which has stood guard over Naas for 800 years, has been sold by private treaty for an undisclosed sum. The announcement was mande at last week’s monthly meeting of the Naas Municipal District.

“It will need a lot of money because it’s in dire condition,” said Cllr Bill Clear.

“I would suggest a McAuley Place type of build, or restored to its former glory, with public realm housing [on the 1.2Ha (3ac) gardens.] What it doesn’t want is another carpark in there,” he added.

Cllr Seamie Moore told the meeting he had been reliably informed “by people in the trade…that it would cost up to €20m to get this [renovation] right”.

“I’m very worried about this…it’s like the Wooden Horse of Troy coming with a White Knight and I don’t like it,” said Cllr Moore, who worried that the council might eventually be saddled with its responsibility – despite the news this week.

“The castle would be a huge cost and burden, and we have enough on our hands at the moment…it is not a preserved building, but listed for preservation,” he pointed out.

He also remembered that its last inhabitant – Dr Jack Gibson, the former county surgeon of Kildare who died aged 95 in 2005 – had offered it for sale to Naas Town Council for €750,000 a few years before he died, but that “we couldn’t afford it.

Mairéad Hunt from the council’s planning section confirmed to the meeting that director of services Eoghan Ryan “has met with the new owner, and it is planned as a private dwelling…but we have plans for a cultural quarter in there”.

Cllr Anne Breen – whose motion on the castle uncovered its present situation – declared that: “it makes me so angry that no-one has done anything about it over the years”.

“Dr Gibson would’ve loved the council to have bought the castle for the town,” said Cllr Breen.

“It was unfortunate that Dr Gibson’s death was at the time of the crash, when we had neither the money nor the will to do so since. It is in bad nick, and that is a pity,” said cllr Fintan Brett.

It is believed the vendor was Straffan-based developer Sean McKenna, who purchased the listed property from the daughter of Dr Gibson.

Cllr Moore described Dr Gibson as “a man before his time” because of his pioneering work in using hypnotism in place of anaesthetics.

He used to welcome members of the Naas Historical Group to the castle on 1 March – St David’s Day – every year to raise the Welsh flag from its roof.

“The Castle was the pinnacle in Naas for centuries,” said Cllr Moore.

“He was a very entertaining man, there was nothing aloof about him, a very decent man who was thought of very highly by his Naas community,” said cllr Moore.

Curiously, in January 1971 Dr Gibson’s album on ***How To Stop Smoking***was the No 1 LP charts in Ireland.