Concerns over Crom a Boo Bridge raised by Athy councillor 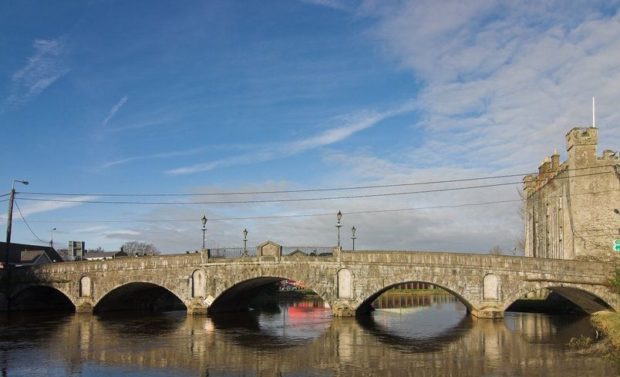 Croom A Boo Bridge in Athy

ATHY councillor Veralouise Behan has called on the council to carry out a structural examination of the Crom Abu bridge in Athy.

She raised the issue at the November meeting of Athy MD, where she explained that surveys had been done in June 2015 and November 2019. Cllr Behan noted that the bridge was built in 1796 and that it wasn’t designed to take the current load. She added that it is stable and is not in immediate danger, but said there is movement in the bridge in certain areas where there shouldn’t be.

“It’s iconic to the area,” she remarked, and asked for an extensive report on the entire structure.

A report noted that if the members were in agreement, correspondence could issue to Transport Infrastructure Ireland requesting a structural examination be undertaken.

Cllr Brian Dooley highlighted his wholehearted support and described it as a “significant bridge”. He added of the bridge that it’s extremely important as a heritage landmark and an important artery for the town.

A separate bridge-related enquiry (Cllr Behan joked that she was “loving the bridges”) asked the council to provide an update on whether any work is proposed for a footpath and bridge repairs at Levitstown bridge.

A report issued in response to Cllr Behan’s question was quite succinct – there are ‘no plans to carry out major repairs’ to the bridge or provide a path in this area.

The local councillor explained that it’s slowly collapsing and said that fractures in the wall have increased, asking for a survey or report. She also said that they need plans for major repairs.