Living greener: Our ancestors were more literate than we realise 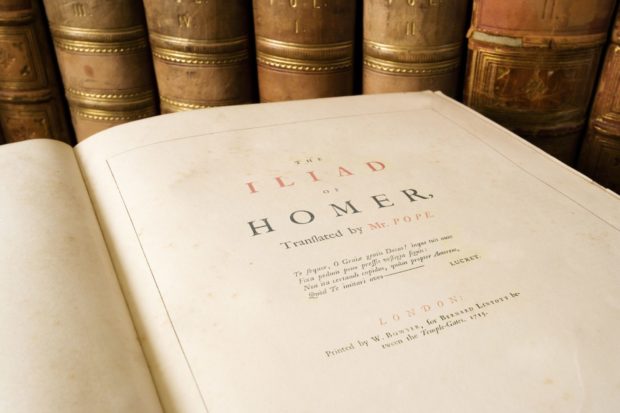 WHEN I write about learning from the past, I get one response more than any other: that people in the past lived in ignorance and superstition, apparently completely unlike people today. When I respond that most of our ancestors were far more educated than we are, and that in the last few hundred years even poor people read works that college students struggle with today, people wonder if I’m joking. I’m not.

Our ancestors were far more literate than we assume – Seb Falk estimates that about half of medieval peaasants could read and write, and they knew the Greek and Roman classics written centuries before their time. The only reason reading wasn’t universal was that books were rare and precious, but when printing changed that, schools multiplied across countries like England, teaching girls as well as boys, usually teaching the great history and philosophy books of Greece and Rome.

By 1600 Shakespeare could write plays about Coriolanus or Titus Andronicus, confident that everyone in the audience would understand who these people were. The most famous writers of the age translated Ancient Greek and Latin texts into English, as Alexander Pope did with the  Iliad  or John Dryden did with the *Aeneid ; we remember these writers for their original works, but much of their time and energy went into translations of the classics.

To get an idea of how widespread this was, read the introduction to Lorna Doone , one of the most beloved of English novels. The narrator describes himself as “nothing but a plain, unlettered man” and an “ignoramus.” Yet two paragraphs later he describes what an unlettered ignoramus meant in the 1600s – “…by the time I was twelve years old … I could make bold with Eutropius and with Caesar — by aid of an English version – and as much as six lines of Ovid,” meaning reading it in Latin.

Lorna Doone was a fictional work written after the time period it describes, but its depiction of a yeoman of the time is not unrealistic. In  Homerides  (1715) Thomas Burnet and George Duckett said that thanks to Pope, “every country milkmaid may understand the Iliad as well as you or I.” Nor was it unusual for someone to learn such texts as a child; in 1788 future novelist William Hazlitt wrote to his brother, “Next Monday I shall begin to read Ovid’s Metamorphoses and Eutropius.” He was ten.

Poet Robert Burns described visiting a gardener’s wife named Esther Easton in 1787, and wrote that “she can repeat by heart almost everything she has ever read, particularly Pope’sHomer from end to end.” This might have been an exaggeration – my copy of Pope’s Iliadclocks in at 428 pages – and these were probably unusual individuals, but even a populace with a tenth of their knowledge would be far beyond many professors now.

Having cultural references rooted in Greek and Roman classics wasn’t limited to England either; when a group of Italian scholars created the first operas around 1600, they were consciously trying to emulate the sung verses of Greek plays, and they chose to write about characters like Orpheus and Andromeda. We also know that the basic myths must have been already familiar to the unwashed audiences, who could read between the lines in a way that we often don’t.

Claudio Monteverdi’s last opera, for example,The Coronation of Poppea ended with a love scene between the Roman emperor Nero and his mistress, just after he exiled his wife to be with her. On the surface, it appears a happy ending for them, but Venetian audiences of the time would have understood the meta-level of irony, for they – unlike most of us – knew their Tacitus and Suetonius, and how tragically Nero and Poppea’s story would end. They would have seen the opera the way Monteverdi intended – as an attack on the decadence and amorality of Venice’s rival city-state Rome, a political subtext lost on most modern audiences.

Teaching the Greek and Roman classics continued for centuries until just recently when it was abandoned – which is a shame, for it is from them that we get concepts like democracy, science, schools, elections, theatre, public sports, public speakers, newspapers, protests, libraries, voting, juries, and even concepts like “citizen” or “free.” When we lose the cultural reference points that gave us these ideals, we are in danger of losing the ideals as well.