Student nurses rostered for work should be paid, Taoiseach says 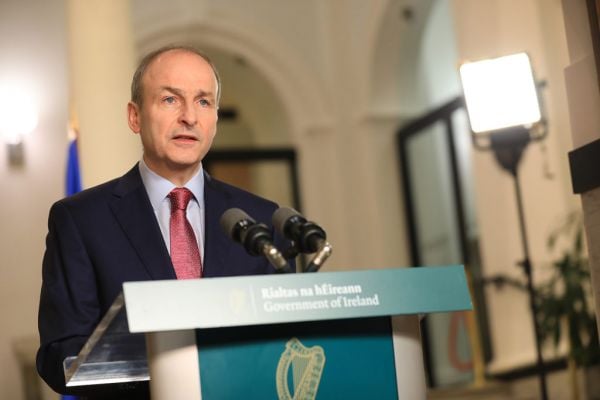 Student nurses who are rostered to work should be paid by their employers, the Taoiseach has said.

But he warned such a situation would cause problems for the nursing degree programme, potentially bringing it back to the apprenticeship model, and reducing the quality of nurse education.

Micheál Martin said first-year students on placement programmes should not be working, and those who are are being “exploited” by employers.

Speaking during Leader’s Questions on Tuesday, he said: “I’m very clear that a nurse on a clinical placement student is a full-time student.

“If a nurse is asked to do work for a roster the nurse should be paid by the employer for such roster.

“I’ve been making this clear now for the last number of weeks. But then we have a problem, in that we need to reconfigure or review entirely the programme. Do we want to go back to an apprenticeship model?

“Is that what we want to do? And that the quality of the clinical placement is significantly reduced, and of the learning process, which is what it’s meant to be about in the first place.

The row over pay for student nurses and midwives dominated Leader’s Questions for the fifth successive Dáil sitting.

Sinn Féin leader Mary Lou McDonald said the student nurses she had spoken to were angry at a suggestion from the Taoiseach that they had been exploited by colleagues.

She told the Dáil: “They said to me, how dare anyone, especially the Taoiseach, suggest that they are being abused or exploited by other nurses. They say that you are the exploiter.

“Nurses are in hospitals facing overcrowding, a lack of staff and stressful conditions. The result of decades of bad Fianna Fáil and Fine Gael policy.

“Student nurses walk on to those same wards, and they do what comes naturally to them.

“They say that it would go against every fibre of their being not to help patients in distress, or not to relieve pressure on their colleagues, when a ward is incredibly busy.

“They say that the only abuse and exploitation here is your Government’s persistent refusal to pay them.”

Ms McDonald noted that the Government had found money for a recent pension increase for former taoisigh, but when it comes to student nurses, “it’s tea and sympathy and a round of applause, and you send them back on to the wards, with their pockets empty”.

She added: “Some have told me, Taoiseach, that after their 13-hour shift the first thing they do is go to the break room and cry. Not only because nursing is tough, but because they are broke and really struggling to get by.”

The Taoiseach denied suggesting student nurses were being exploited by their colleagues.

He said any employer that would take them from their full-time student status and roster them in for a 13-hour shift “is responsible for that exploitation”.

He accused the Sinn Féin leader of ignoring the fact that pay for student nurses would require reverting to the apprenticeship system.