KATELYNN Phelan’s, fight on Saturday week, 23 January, has been postponed.

Kildare’s triple World Champion was due to top the bill on the Celtic Clash 11 Fight Night in Murcia in Spain but because of Covid-19 restrictions in the area the Fight Night has been postponed. 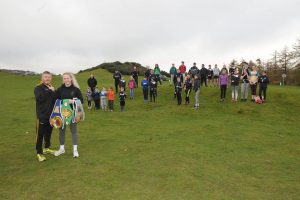 It is understood that the fight promoters are looking to schedule the Fight Night for a new date in Murcia or perhaps another European venue.