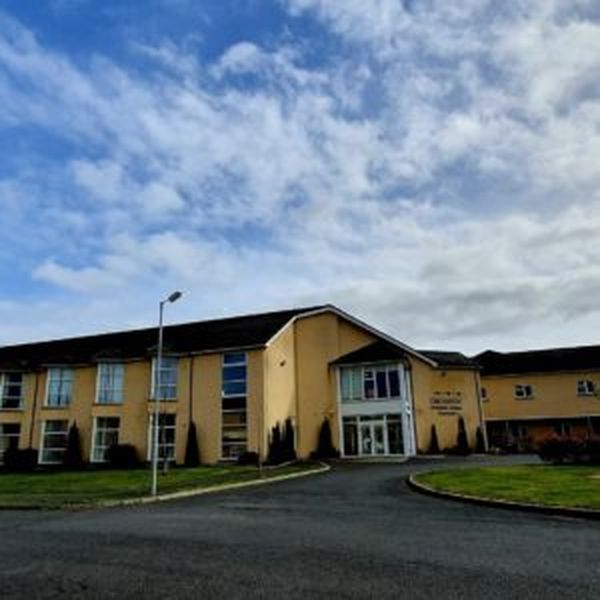 TWO more residents have passed away in a Covid outbreak at a Laois nursing home, bringing the tragic death toll to eight.

The latest sad deaths within the past 24 hours at Droimnín Nursing Home in Stradbally were confirmed today by Gearóid Brennan, chief executive of Brookhaven Healthcare which runs the home.

Mr Brennan said that two further deaths since yesterday are devastating for everyone associated with the nursing home, particularly families, staff and other residents.

He said: “I would like to take this opportunity to express my deepest sympathies, from everyone in Droimnín Nursing Home, to the families of those residents.”

A total of eight residents have died at the Stradbally nursing home since Monday 4 January, following a sudden outbreak just before New Year’s Eve.

Until then, Droimnín was one of the few residential care centres nationwide without a single Covid case since last March. Residents were due to get the PfizerBioNTech vaccine next week but vaccinations cannot go ahead until 28 days after tests prove clear.

The chief executive said: “I am so disappointed that, having kept Covid out of this nursing home for nine months, that within 19 days of the vaccine due to be delivered here we had a significant outbreak.”

Speaking to the  Nationalist yesterday before the latest deaths, Mr Brennan said: “What is hard to convey in all this is how close the staff and residents are. They are like family and it is so traumatic when a resident passes away. As well as working so hard during this virus outbreak, the staff have the heartbreak of seeing the residents they cared for dying in such difficult circumstances.”