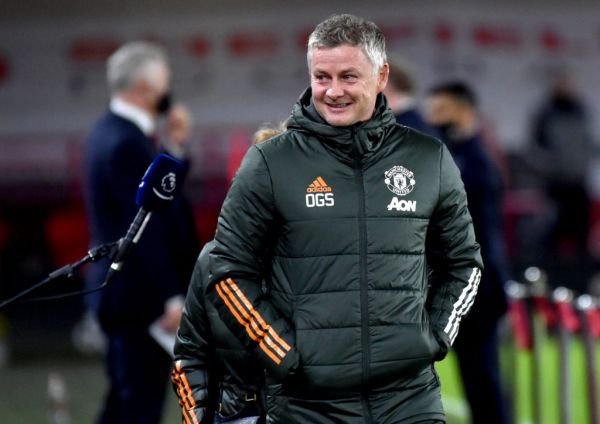 Manchester United put their table-topping status and stunning away record to the ultimate test on Sunday with a trip to Liverpool.

Tuesday’s win over Burnley took Ole Gunnar Solskjaer’s side back to the Premier League summit, helped by 22 points from a possible 24 on the road.

Here, the PA news agency takes a look back over their away games so far.

What the stats say

United won their first six away league games this season and scored at least three goals in each, with a 4-1 win at Newcastle. Remarkably, they conceded first in all six of those matches.

A draw at Leicester halted their 100 per cent record but they got back on track at Burnley last time out, with their first clean sheet on the road in this season’s Premier League.

They have scored 22 goals – five of them in the 90th minute and beyond – and conceded 11 in the eight games. Bruno Fernandes and Marcus Rashford are their top scorers on that run with six apiece.

In all competitions, their away record reads won 11, drawn one and lost two. They beat Luton, Brighton and Everton in the League Cup, without conceding a goal, and grabbed an impressive Champions League win over Paris St Germain after Rashford’s late strike – but lost to Istanbul Basaksehir and RB Leipzig in the latter competition.

Solly March’s 90th-minute goal looked to have earned the Seagulls a draw but VAR awarded a penalty after the final whistle had already blown, and Fernandes kept his nerve.

Luke Shaw’s early own goal was cancelled out by Harry Maguire but it took until the final five minutes plus stoppage time for Fernandes, Aaron Wan-Bissaka and Rashford to seal victory.

Two-nil down after an hour – Jan Bednarek’s goal added to by James Ward-Prowse’s free-kick – United cut the deficit through Fernandes before substitute Cavani scored twice.

💬 Ole: “We’ve done it too often now to be a coincidence, those comebacks. It’s in those boys and in this badge.”

The pattern repeated as Tomas Soucek crowned a dominant first half for the Hammers but Paul Pogba, Mason Greenwood and Rashford scored in the space of 13 second-half minutes.

The Blades’ David McGoldrick book-ended the scoring but Rashford also scored twice, sandwiching an Anthony Martial strike, as United extended their run to 10 successive away league wins dating back to last season.

United twice led, through Rashford and Fernandes, but after Harvey Barnes equalised on the first occasion, a late Axel Tuanzebe own goal is ultimately what stands between United and a 100 per cent record on their travels.

Knowing even a draw would take them top, United made sure as Paul Pogba’s second-half volley secured victory.

Justin Rose concerned about his chances of defending his Olympic title