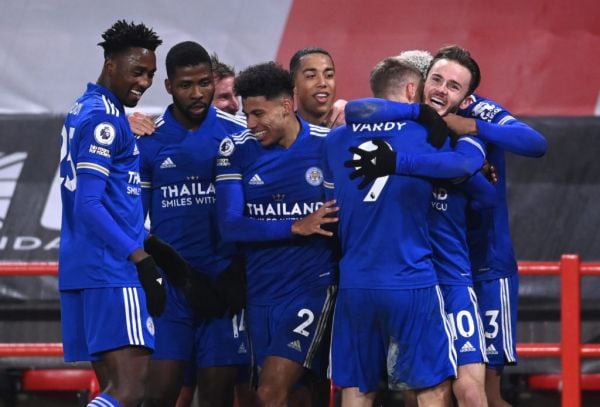 Leicester are top of the Premier League after Tuesday night’s home victory against Chelsea.

As an increasingly unpredictable race for the title unfolds, the PA news agency takes a look at Brendan Rodgers’ team and asks if a repeat of the club’s 2015/16 success is a real possibility.

How are Leicester top of the league?

The Foxes are flying 🦊 pic.twitter.com/ambEEfTYRH

Quite simply, they have won more games than anyone else. The Foxes reached their halfway-point of the season on Tuesday night, playing their 19th game and recording a 12th win. Rodgers’ side have scored 35 goals along the way – only defending champions Liverpool (37) have found the back of the net more often. Leicester have regularly shown they belong in the upper echelons of the table these days, with wins against Manchester City, Arsenal, Tottenham and Chelsea, and a draw against Manchester United testament to that.

Don’t they struggle against the lesser teams, though?

Yes, that is a criticism that can be levelled at Rodgers’ side. While Leicester’s record against the established top-six reads well, they have lost this season to Fulham, Aston Villa and West Ham, as well as dropping further points against Crystal Palace. It is a recurring theme from last season – when Burnley, Norwich and Bournemouth all beat the Foxes – and something they must stamp out if they are to mount a serious challenge for the title.

Is the squad strong enough?

Ricardo Pereira, Daniel Amartey, Wilfred Ndidi, Ayoze Perez and Caglar Soyuncu have all missed large chunks of this season but Leicester have still found a way to win matches consistently. They still rely heavily on talisman Jamie Vardy, although Rodgers has rested him at times this campaign and still not dropped points, but there are an abundance of match-winners elsewhere – especially in the gifted James Maddison and Youri Tielemans. The fluid 3-4-2-1 formation allows Rodgers to pack the team with any number of combinations in the number 10 position behind Vardy, with Maddison, Tielemans, Perez, Harvey Barnes and Cengiz Under all options.

Does the manager have the right experience?

Rodgers is no stranger to challenging at the business end of the Premier League, having almost won it with Liverpool in 2013-14, before pushing Leicester towards the top four last season. The 47-year-old also won the title in Scotland with Celtic in each of his two full seasons in Glasgow. Rodgers has done a magnificent job at the King Power Stadium – not just in building on the squad he inherited from Claude Puel, but keeping Leicester consistently in the mix for the top four after losing key players such as Harry Maguire and Ben Chilwell.

In conclusion, are the Foxes title contenders?

They have to be. It would be foolish to dismiss such a talented group of players led by an astute manager, especially during such a topsy-turvy season. Leicester were a constant presence in the top four – and often in the top two – last season before they stumbled following the resumption of football post-lockdown, missing out on the Champions League with a home defeat to Manchester United on the final day of the campaign. The Foxes’ points tally this season stands in comparison to their title win of 2015-16. That season, Claudio Ranieri’s team were second behind Arsenal with 39 points after 19 matches, while they currently have 38 at the same stage.

Fernandes in line for pay rise and Konate eyed by Arsenal