Time to open doors of secrecy around mother and baby homes, says survivor 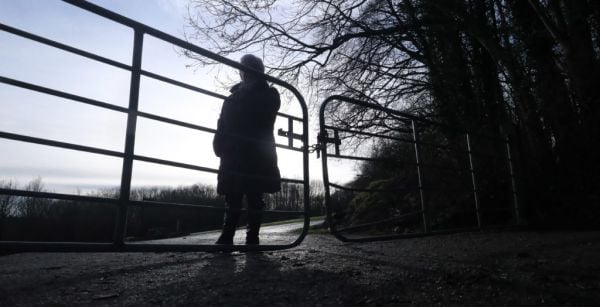 A survivor of a home for unmarried mothers and babies in Northern Ireland has called for the doors of secrecy around the institutions to be flung open.

Earlier this month Ireland’s premier Micheal Martin issued an apology to women incarcerated in mother and baby homes and Magdalene Laundries, saying they had been failed by the state.

The Stormont Executive is expected to receive a report around institutions run north of the border this week.

Ministers will then decide whether to call a public inquiry.

Adele, 69, who was sent to the Marianvale home in Newry as a teenager after becoming pregnant, told the PA news agency that it was the time for light to finally be shone on what happened to thousands of women in Northern Ireland.

She described how the nuns created a culture of shame and secrecy which had led to many women feeling unable to speak about what they experienced.

Adele was herself born to a woman sent to a mother and baby home in Belfast and later adopted, before being sent to one herself.

She described being taken by the parish priest to Marianvale where her name was taken away and despite being pregnant forced to scrub floors on her hands and knees to “atone for her sins”.

“What women and girls were put through in those times was horrific, just because you didn’t obey their moral code,” she told the PA news agency.

“It was the whole ethos of the place (that) was absolutely diabolical. I can still smell the polish in that room when I was brought in that first day, this person on the other side of the desk treating me like a criminal.

“As a young girl you weren’t given any options whereas today that would never happen.”

Adele said there were girls as young as 13 at Marianvale when she was there. Some had suffered rape or incest.

She said that while she experienced no physical abuse, they were repeatedly told that they were fallen women who had to pay for their sins and were made to put on shows to entertain the nuns.

“There we were, pregnant girls doing Irish dancing like performing monkeys – how demeaning, how demoralising,” she said.

“And underneath it was all these snide remarks, you have to pay for your sins and make amends for the wrongs you did.”

Adele said that while the homes claimed benefits on their behalf and set them to work – they were never paid, even when they sent her out to clean someone’s house.

Her baby son was adopted after she was made to feel like she had no other option but to give him up, and it took decades for her to be able to speak openly about it.

She attributed depression, anxiety and physical symptoms she has suffered throughout her life to that experience and the forced secrecy around it.

Now she said there must be a public inquiry led by survivors, and said that the religious orders who ran the homes must be held to account.

“I am coming 70 and have lived with this since I was 17. Now is the time to speak out and ask for these people to be held accountable for what they did, and the abuse. It was systemic abuse, and sanctioned by the Government,” she said.

“I want a public inquiry and I want it to be led by the survivors themselves and designed around them. I want their voice to be heard even if it is only a small number of people who can speak for the ones who have no voice.

“There has to be a light shone in this dark area and expose what was done in the name of God and religion to keep the moral code on this island of Ireland.

“There has to be a public inquiry and it has to be held up to scrutiny and not done behind closed doors. They (the orders) have closed the doors all these years, lets open them and let a bit of air and light in.”

An inter-departmental working group on mother and baby homes, Magdalene Laundries and historical clerical abuse was set up in 2016 to look into the homes which operated between 1922 and 1999.

“My baby was taken from me. We have been asking the Executive to set up an inquiry for years. Ministers have brushed us aside.”
– Mary, former resident of Marianvale Home, Newryhttps://t.co/u06gtkgkmq pic.twitter.com/8LW3IyATdF

These institutions were run across the region by both the Catholic orders and Protestant clergy.

A report by academics, along with an options paper will be handed to the Executive.

Patrick Corrigan, Northern Ireland director of Amnesty International, said he had written to First Minister Arlene Foster and Deputy First Minister Michelle O’Neill asking for them to meet with survivors of the homes.

He has backed the call for a public inquiry but stressed the process must be survivor-designed and led.