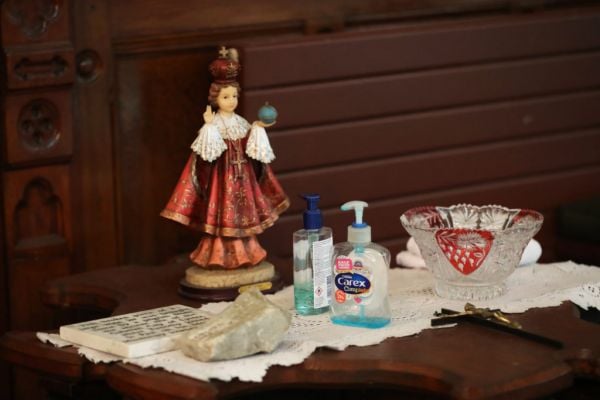 Gardaí have arrested and charged a man in relation to a series of thefts from churches in Co Cork which involved thousands of euro in cash being taken out of collection boxes.

The matter was reported to gardaí in Midleton and upon reviewing security camera footage, a man was seen fishing out envelopes from a church donation box using a wire hook.

As part of the investigation, gardaí carried out a surveillance operation on Monday at a church in Carrigtwohill.

When gardaí went to arrest the man he fled the scene in a car and travelled on the N25. Gardaí pursued from a safe distance until eventually the man stopped the car near the Jack Lynch Tunnel. Upon searching the man and the car, gardaí found a wire hook similar to the one seen in the video footage.

The man, aged in his 50s, was arrested and brought to Cobh Garda Station. He was detained under Section 4 of the Criminal Justice Act, 1984 and has since been charged.

The thefts are alleged to have taken place at churches in Carrigtwohill, Dungarvan, Cloyne and Shanagarry.

He was due to appear before Mallow District Court on Tuesday morning at 10.30am.