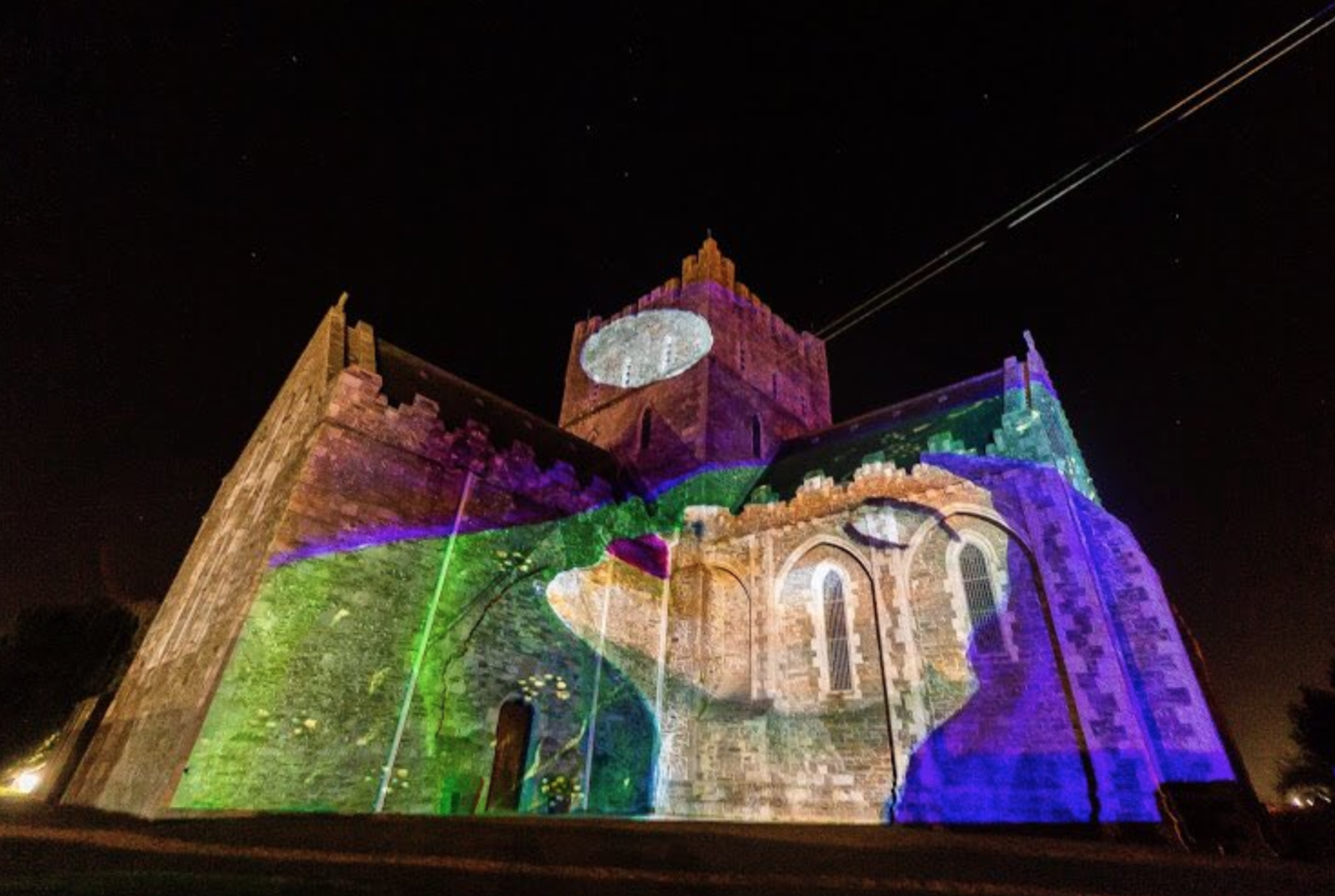 The campaign to have today 1 February St Brigid’s Day declared a national holiday is hotting up with an online petition already attracting over 6,000 signatures with many more expected to sign today, the feast of St Brigid.

Minister of State Martin Heydon and Senator Fiona O’Loughlin are both throwing the weight to have Kildare’s patroness Brigid honoured with the addition of a new bank holiday to the calendar.

St Brigid’s Cathedral will be illuminated in a spectacular light show tonight Monday at 5.30pm. The spectacular Herstory Light Show by Dodeca will illuminate iconic

landmarks across Ireland  in honour of the Mother & Baby Homes victims; COVID heroines and heroes, Black Lives Matter, ‘Women who have Arrived’, and Brigids of the World.

The first of February marks the beginning of Spring and the Celtic festival of Imbolc, once honoured as the feast of the goddess. Herstory is calling on the Irish public and our diaspora to sign the petition to make Brigid’s Day a national holiday and celebrate Ireland’s triple goddess and matron Saint Brigid equally to our world-renowned patron Saint Patrick.

Minister of State Martin Heydon has submitted a proposal to Government to make St Brigid’s Day a new public holiday for future years, which could in some way recognize the enormous sacrifices made by Irish people during the Covid pandemic and highlight better times ahead.

“In line with their recommendation that any additional public holidays should be considered during an off-peak season to help create additional short term domestic demand and to extend the tourist season,  a new public holiday on February 1st would bridge the considerable length of time between existing public holidays on January 1st and March 17th.

“It also would bring a welcome boost to the Tourism sector during what is traditionally a quiet time for visitors, and when people can holiday once again after the pandemic.

“Brigid, considered a patron saint of Ireland, held a unique position in the early Irish church. Scholars tell us that she presided over the local church of Kildare and was head of a double monastery for men and women.

“She challenged both men and women today to create a church and a society where man and women are equally respected. At a time when all sectors of our society are working together to ensure equality for all in our country, St Brigid was ahead of her time in this regard.

“Visitors already come to Kildare from all over the world seeking to walk in Brigid’s footsteps. From this perspective, I see many opportunities for increased tourism opportunities linked with an increase in the celebration of St Brigid in Ireland and around the world, focused around a new public holiday.

“Brigid was one of our first feminists; a woman who set up her own convent and took care of women, particularly those who had been wronged by society. She was a negotiator, a peacemaker and a community activist and very importantly she was a weaver,” said Senator O’Loughin

“As both a pagan goddess and revered Saint, she was a bridge between the pagan and Christian worlds and was associated with healing, fertility and midwifery, the farming community, the animal kingdom and environmental issues.

“There is a strong and compelling case to declare St. Brigid’s Day a national holiday, and I urge the Government to consider doing so.

“Part of St. Brigid’s remains are in Lisbon and diplomatic efforts are being made to have them repatriated back to Kildare for the 1,500th anniversary of her death in 2024. We are immensely proud of St. Brigid in Kildare, but St. Brigid is also a national icon and we as a country should plan and support a celebration of spirituality and creativity that year.”

Senator O’Loughlin added, “Falling on the 1st of February each year, St. Brigid’s Day or Lá Fhéile Bríde is traditionally associated in Ireland with the coming of spring and renewal.

“This year more than ever, St Brigid’s Day represents a new dawn and a new beginning for the people of Ireland – a time full of hope and promise after what has been an incredibly difficult year beset with challenges for us all.

“As a nation, we need to take comfort in St. Brigid and in the promise of better things to come and a future that defies obstacles and grief” concluded Senator O’Loughlin.