Junction 9A to open at end of March 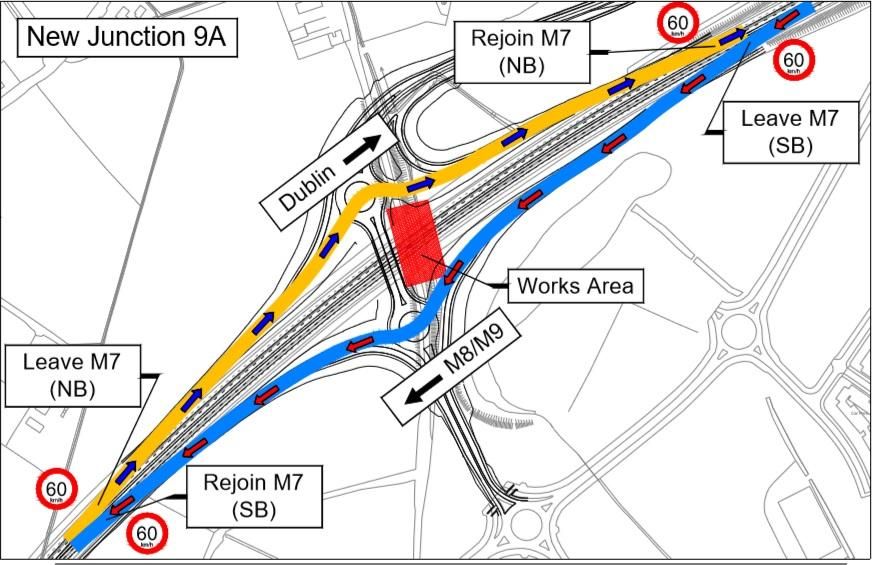 A LEVEL of scepticism was displayed at the most recent meeting of the Naas Municipal District when a councillor was informed that the long-awaited Sallins bypass and Junction 9a onto Millennium Way would be open by the end of next month.

“Forgive me if I don’t think it will be ready by the end of Q1,” said Cllr Carmel Kelly, who had sought an update from the council on this crucial piece of Kildare infrastructure.

The €110m project had an original opening date of July last year, which was then put back until Christmas, and now for the end of March.

“Substantial completion on the M7/N7 Naas Newbridge upgrade scheme (of which the Sallins bypass is a part) was achieved in November 2020,” said Pamela Pender from the Roads Section.

“The contractor has advised that the Osberstown Interchange and R407 Sallins By-Pass are due for completion in Quarter 1 2021,” she declared.

“There were delays at the beginning of the construction stage and this, along with other challenging circumstances, including the necessary shutdowns due to Covid 19, have impacted on the finish date,” she conceded.

“Kildare Co Council, the Department of Transport and Transport infrastructure Ireland (TII) have been successful in having this project identified as an ‘essential works’ thereby allowing construction continue during the current Level 5 restriction,” she said.

However, Cllr Kelly said there are still “several outstanding issues here concerning connectivity to the greenways and the canals”, which gave rise to her doubt about the newest announcement on opening.

The much awaited J9a is the final part of €110m Sallins bypass, and will help alleviate a lot of the traffic pressure off the Ball (J9) and the Bundle of Sticks (J10) entrances to Naas.