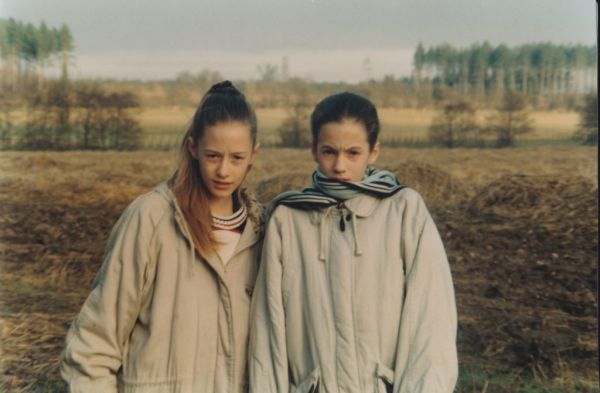 Caroline Flack’s family have released previously unseen photos of her as a girl ahead of a new documentary about her life and death.

The forthcoming Channel 4 programme promises to “delve beyond the headlines to reveal the complex woman behind the public persona” and will feature never-before-seen footage and childhood home videos, as well as interviews with her twin sister, Jody.

One image released by the family shows Flack and Jody wearing matching outfits as they pose in a Norfolk field as girls.

Another shows them, again in matching clothes, standing on a country path with their mother Christine’s arms wrapped around them.

The pair are dressed in striped tops, blue skirts and white socks.

Two other images feature Flack as a teenager, and in both she wears red lipstick and smiles broadly at the camera.

The second is a school photograph taken in the 1990s and shows her with cropped hair.

A final image sees the TV star as an adult with her head tossed back and her hair spread outwards.

Flack was born in Enfield, north London, but spent much of her youth living in Norfolk, first in Thetford and then in nearby East Wretham.

The documentary will feature tributes from Olly Murs, her co-host on The Xtra Factor, fellow presenter Dermot O’Leary, and family and friends.

Coroner Mary Hassell found that Flack killed herself because she knew she was being prosecuted for allegedly assaulting her boyfriend, Lewis Burton, and could not face the press coverage.

The documentary is coming soon to Channel 4.

Drop of 8% in Irish prison population since Covid pandemic hit