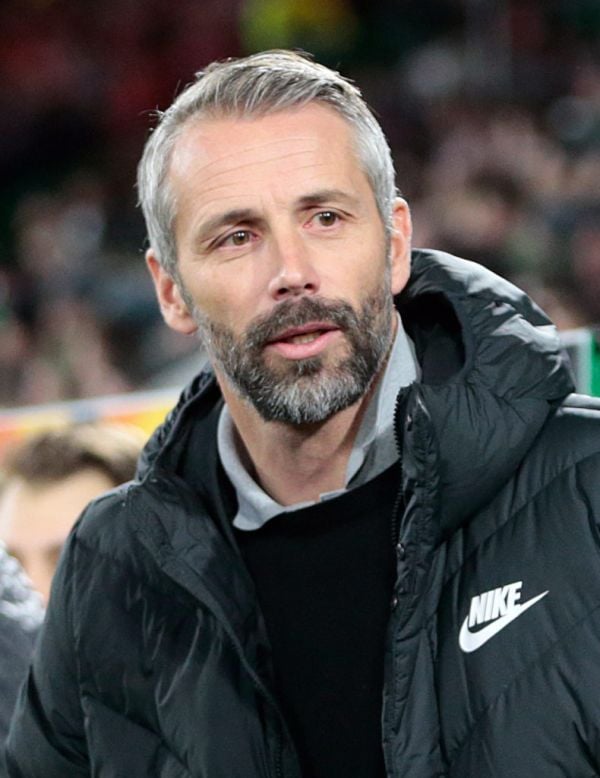 Marco Rose has attempted to rally his Borussia Monchengladbach side as the shock news of his impending departure overshadows their daunting Champions League assignment against Manchester City.

Fans of the German club reacted angrily last week when it was announced Rose would leave at the end of the season to take charge at Bundesliga rivals Borussia Dortmund.

The side then slumped to a surprise 2-1 loss to struggling Mainz at the weekend, leaving them eighth in their domestic competition ahead of their return to European action.

Gladbach came through a tough group that included Real Madrid and Inter Milan to qualify for the knockout stages of the Champions League but the task ahead is a formidable one.

🎙️ #Rose: “If there’s something that @ManCity don’t like, then it’s not having the ball. We need to play with courage.”#DieFohlen #UCL #BMGCity pic.twitter.com/I2d97GMjWe

Rose’s side must travel to Budapest for the ‘home’ leg of their last-16 tie against in-form Premier League leaders Manchester City on Wednesday.

City are 10 points clear at the top of the English league and still involved in two domestic cup competitions, as well as the Champions League. They have won their last 18 matches in all competitions, a record for an English top-flight side.

Rose’s preparations have involved a passionate plea to his squad.

“I’m thrilled that the lads get to play in a game like this,” the 44-year-old German said at a press conference. “I hope when they go to bed tonight, they think about how they felt in Madrid when we qualified.

“If there is something that Manchester City don’t like, then it’s not having the ball. We need to play with courage and defend with passion. I have a team that is absolutely capable of that.”

🎙️ @OWendt_17: “We already came up against some world-class sides in the @ChampionsLeague group stage and we showed that we can give them a game. We hope to do the same tomorrow against @ManCity.”#DieFohlen #UCL #BMGCity pic.twitter.com/ZV7e9EbkP4

Gladbach and City are not unfamiliar Champions League opponents. They were paired in the group stages of both the 2015-16 and 2016-17 editions, with City winning three of the four meetings and the other being a draw.

Veteran defender Oscar Wendt is confident the occasion should help the team find their spark.

“We are absolutely buzzing about the game,” said the 35-year-old Swede. “It’s a Champions League last-16 tie against perhaps the best team in the world right now.

“We train every day to play games like these. We’ve already come up against some world-class sides in the Champions League and we showed we can give them a game.

“We hope to do the same against Manchester City.”